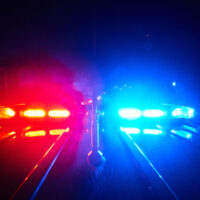 Two people went to the hospital, including a police officer, after a multi-vehicle crash which caused “extensive damage” to all vehicles involved, according to a news release.

The crash occurred at the intersection of Highway 1 and Southeast Lyngate Drive. A woman driving a black SUV smacked into the passenger side of a Port St. Lucie Police Department patrol car as the officer proceeded through the intersection. The force of the collision propelled the patrol car into a silver sedan. Investigators are still trying to determine the cause of the crash. None of the names were released.

Accident victims are eligible for compensation if their injuries were a foreseeable result of the tortfeasor’s (negligent driver’s) actions or inactions. “Foreseeable” is not synonymous with “inevitable” or even “likely.” Instead, foreseeable basically means “within the realm of possibility.”

Every time a driver gets behind the wheel, a car crash is within the realm of possibility. So, if the crash was related in any way to the tortfeasor’s driving mishap, the crash was foreseeable.

This same rule applies with regard to the injuries sustained. Tortfeasors are only legally responsible for foreseeable injuries.

Assume a driver hits a utility pole which then falls onto a pedestrian. At the hospital, a doctor makes a medical mistake during surgery. The driver is responsible for the original injury, because a pedestrian injury is a foreseeable result of a utility pole collision. But the tortfeasor is not responsible for the medical mistake, even though the victim would not have been in the hospital otherwise. An independent intervening cause (the doctor’s error) broke the chain of events.

Even a brief hospital stay usually costs thousands of dollars. Additionally, many car crash victims are unable to work for several weeks or months, because they are undergoing extensive physical therapy.

If liability is reasonably clear, insurance companies have a duty to settle these claims within a few weeks. However, because of legal loopholes like contributory negligence (a doctrine which shifts blame for the accident from the tortfeasor to the victim), liability is usually less than crystal clear.

As a result, most vehicle collision claims do not settle right away. So, a Port St. Lucie personal injury attorney must file legal paperwork to preserve the victim’s right and pressure the insurance company to settle.

If subsequent negotiations fail to resolve the case, most Florida judges will refer the matter to mediation. A third-party mediator works with both sides and tries to facilitate a settlement. If both parties negotiate with open minds, mediation is usually successful.

Only a small percentage of cases go to trial. If that happens, the victim/plaintiff must establish negligence, or a lack of care, by a preponderance of the evidence (more likely than not).

Work with an Assertive Lawyer

Car accident victims are usually entitled to substantial compensation. For a free consultation with an experienced Port St. Lucie personal injury attorney, contact Eighmie Law Firm, P.A. You have a limited amount of time to act.