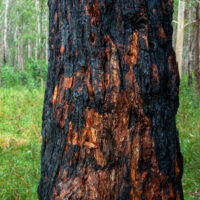 Because the county was a potential stakeholder in the dispute, the parents say that the crash investigation should have been completed by an independent third party. A police report never mentioned either dump trucks or a pedestrian. An independent investigation showed that one of the dump trucks was operating entirely in the decedent’s lane and never saw his vehicle. He was forced off the road and to avoid hitting the pedestrian, and struck a tree. Essentially, the accident report indicated that one of the dump trucks was driving in the wrong lane. Further, double skid marks left behind by the dump truck indicate where the truck was when the initial accident took place.

What are the stakes?

You figure that if a government employee commits an accident, the government employee is not personally responsible for the incident. Instead, the money is paid from the County’s budget, so why bother with a cover-up when the potential consequences of falsifying an official report are worse than taking liability for a vehicle accident?

Well, there is a criminal aspect to this case. While it may not happen frequently to truck drivers working for the government, truck drivers are charged with serious crimes, including manslaughter for reckless driving and even maintenance failures on their vehicles. In this case, a dump truck driver operating in the wrong lane around a blind alley is a predictable hazard. When negligence rises to the standard of culpable negligence, there is a possibility that the driver can face criminal charges. It may be that the police officers are covering for their fellow county employees by leaving out key details in the case. However, their failure to conduct a legitimate investigation is now making headlines as angry parents want answers.

Eighmie Law Firm represents the interests of those injured in traffic accidents in Port St. Lucie County. We can help you recover damages related to your medical expenses, lost wages, and reduced quality of life. Contact our Port St. Lucie personal injury lawyers today for help.