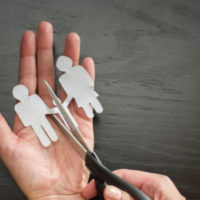 Once known as “maternal brainwashing,” parental alienation syndrome is a still-controversial condition which affects many divorced families in the Treasure Coast area.

In fact, sometimes the dynamics are so subtle that the targeted parent has no idea what is going on and the alienating parent is not intentionally trying to wreck the relationship between the children and the other parent. Some typical scenarios include:

Isolated incidents are usually not indicative of a problem, but if there is a pattern of conduct, the targeted parent probably needs to take immediate action to avoid permanent emotional damage to the children.

That action could take many forms, and when a child’s emotional well-being is at stake and the alienating parent is potentially hostile, it is usually best to start delicately.

An experienced family law attorney can help targeted parents come up with some non-threatening talking points to share with the alienating parent. “I think it would be good for Jimmy if he had the same bedtime at both houses” might work better than “I know you let Jimmy stay up later so he won’t want to come visit me.”

The subtle approach doesn’t always work and isn’t even always advisable. In many cases, a letter from an attorney citing PAS concerns is a better idea.

If there is no progress, a motion to modify needs to follow shortly thereafter. Judges usually order social studies in contested modification cases, and social workers are trained to spot PAS signs. Perhaps more importantly, they are fully aware of the devastating potential effects. Even if the judge does not grant extensive parenting plan changes, the judge will most likely “lay down the law” to the alienating parent, and that may have roughly the same effect.

Parental alienation syndrome can destroy the relationship between a parent and child. For a free consultation with an experienced family law attorney in Port St. Lucie, contact Eighmie Law Firm, P.A. Convenient payment plans are available.