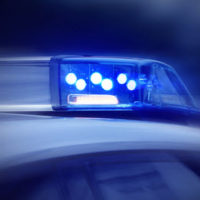 A joyriding 11-year-old girl smacked into a BMW, ending a chase that may have involved two dozen vehicles.

Earlier, the girl’s mother gave her the keys to the family’s Kia Sportage and asked the girl to retrieve a book from the car. About ten minutes later, with both the girl and the vehicle gone, the mother called authorities to report a possible kidnapping. Officers soon spotted the vehicle, and treated the matter as a kidnapping. They maintained intense pursuit even when it became apparent that the girl was probably alone in the SUV; according to one witness, about twenty police vehicles and a police helicopter were involved in the chase. The panicked girl wound up driving the wrong way on Weston Road in Sunrise, before crashing into the BMW.

Broward County Sheriff’s deputies, along with officers from the Florida Highway patrol and the Hollywood, Sunrise, and Pembroke Pines police departments, participated in the chase.

Since an 11-year-old girl obviously has no insurance, victims in cases like these may see little hope for compensation. Fortunately, there are a number of indirect liability theories, and one of them in particular applies to the above story.

Carelessly giving car keys to an unlicensed driver, and then failing to supervise the girl, is a classic case of negligent entrustment. This theory normally applies when a vehicle owner actively loans a vehicle to an unqualified driver, but it applies in other situations as well, such as negligently allowing access to a vehicle or an incompetent driver who exceeds designated authority (e.g. Dad asks unlicensed Son to move the car and Son goes for a joyride). Most Florida courts use the Restatement of Torts in these situations, and there are two elements:

The police departments may also be responsible for damages because of their reckless chase. In most cases, such agencies are liable for damages if their officers recklessly endanger the property or safety of other people, and a relentless pursuit of a preteen girl may qualify as such. However, since officers had some basis for believing that they were chasing a child abductor, most jurors would probably forgive their excesses during the pursuit.

Even if the tortfeasor (negligent driver) was uninsured, compensation is probably still available. For a free consultation with an experienced personal injury lawyer in Port St. Lucie, contact Eighmie Law Firm, P.A. An attorney can connect injury victims to qualified physicians, even if the victim has no money or no insurance.