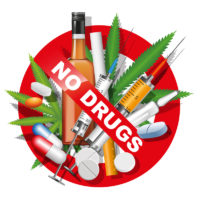 Police recently discharged eleven individuals who were falsely charged with drug crimes. One man spent over a month in jail for possessing laundry detergent which a deputy insisted was heroin.

All the cases were linked to disgraced former Deputy Steven O’Leary. Marin County Sheriff William Snyder said his office still had about eighty disputed O’Leary cases to review. In one of these cases, deputies arrested a Port St. Lucie man and charged him with felony drug possession. Deputy O’Leary said the substance “field tested” positive for heroin. But subsequent laboratory tests indicated that the substance was laundry detergent. The man spent over a month in jail before being released.

Sheriff Snyder said that his office would work to expunge records, pay legal fees, and do anything else possible to “undo everything that’s been done.”

Fake drug cases like the ones described above are rare, but they obviously happen. A high arrest volume is the best way to get promoted. And, in the mad scramble to reach the top, some officers trample on some rights of some citizens.

More common drug classification defenses include narcotics that are cut or diluted so much that they do not meet weight or category requirements. Or, a person may be arrested for possession of methamphetamines, but she may only have the ingredients for making meth.

Cannabidiol, which is a marijuana extract, is an even better example. CBD oil is a non-THC substance, so consuming it cannot make a person stoned or high. There is considerable medical evidence that Cannabidiol effectively treats certain kinds of epilepsy. The evidence regarding DBD oil and other benefits, such as anxiety relief or heart disease treatment, is a little more shaky.

Stores all over the Treasure Coast carry CBD oil. But this substance is not exactly legal. Florida’s medical marijuana law defines “marijuana” as “all parts of any plant of the genus Cannabis, whether growing or not; the seeds thereof; the resin extracted from any part of the plant; and every compound, manufacture, salt, derivative, mixture, or preparation of the plant or its seeds or resin.” That broad definition would seem to include CBD oil.

If officers catch you with Cannabidiol, they will almost certainly arrest you and charge you with misdemeanor marijuana possession. But a Port St. Lucie criminal defense attorney may be able to successfully defend you in court. At the minimum, an attorney can probably arrange a plea bargain agreement which involves dismissal of charges.

Drug crimes have lots of moving parts. These cases usually involve lengthy investigations or warrantless searches and seizures. Both these things often give rise to procedural defenses.

Search warrants must meet specific requirements under Florida law. For example, the warrant must state the type and location of the drugs that officers can seize. Normally, if officers can search for heroin in the garage, they cannot go through the living room looking for illegal prescription drugs.

Warrantless seizures always involve one of the recognized search warrant exceptions. Officers do not need warrant, and they can use what they find in court, if:

Other search warrant exceptions include exigent circumstances and search incident to arrest.

Reach Out to Tenacious Lawyers