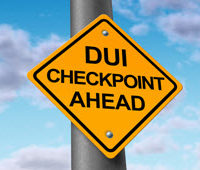 In most criminal courts, the conviction rate for DUI test cases is almost twice as high as the rate in non-test cases, so the laws are tailored to essentially coerce drivers into providing breath or blood BAC samples. In a recent case, the United States Supreme Court essentially upheld Florida’s stringent laws in this sector, including the controversial “refusal-to-submit” law which makes refusing a DUI breath test a separate criminal offense.

These laws are obviously rather effective, since only a handful of DUIs in St. Lucie County and nearby jurisdictions are refusal cases. What is the administrative license revocation (ALR) procedure in these matters?

Drivers only have 10 days to request hearings, and if they fail to do so or are ineligible for a BPO license, the suspension automatically takes effect. Typically, only persons who have never been arrested for DUI or any other alcohol-related offense are eligible for a Business Purposes Only license, which is basically a restricted driving permit.

A restricted driving permit allows people with suspended licenses to drive to work and school. They are available after 30 days of “hard time,” or no driving, in failure cases, and after 90 days of “hard time” in refusal cases. For these permits to be effective, drivers must install ignition interlock devices and enroll in the DUI school.

As mentioned earlier, the issues are very narrow in ALR hearings. Additionally, since it is not a criminal prosecution, drivers may be compelled to testify against themselves. Finally, in most cases, the ALR hearing officer is a paid DMV worker who serves as judge, jury, and executioner.

All that being said, the ALR hearing is vital to an overall DUI defense, regardless of the outcome. If the officer appears, the DMV nearly always “wins” the hearing, but even then, if the evidence is unclear, the hearing officer may reduce the suspension period. And, no matter what, the ALR hearing gives your defense attorney the chance to cross-examine the officer under oath, which often creates a critical edge when the case goes to trial.

The ALR hearing is often a key to a successful DUI defense. For a free consultation with an aggressive criminal defense lawyer in Port St. Lucie, contact Eighmie Law Firm, PA. Convenient payment plans are available.