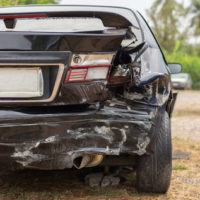 The Fort Lauderdale firefighter was on his way home when a vehicle slammed into him from behind, propelling his car into a tree and causing it to crash-land upside down. He was rushed to a local hospital with multiple broken bones, where he has remained since the collision. “Somebody is always at his bedside,” said Fort Lauderdale Fire Rescue Public Information Officer Gregory May. “When it’s somebody that you know that this happens to it hurts a lot more so it really hits us a little harder,” added Fire Rescue Battalion Chief Jason Bohan.

In paralysis or partial paralysis cases, the average medical bill is over $113,000, a figure that does not include followup medical care, medical devices, physical rehabilitation, and other medical expenses. Most people have absolutely no way to pay these expenses, especially since health insurance companies often deny coverage in MVC (motor vehicle crash) situations.

Further complicating matters, not all physicians are experienced in these kinds of cases and thus they are not always able to diagnose whiplash and other debilitating soft tissue injuries. The same is true of many head injuries.

An attorney deals with both these issues — financial concerns and treatment issues — with a single letter. The letter of protection essentially defers payment of all medical expenses until the personal injury cases is resolved, so victims pay nothing upfront, in most cases. Moreover, an experienced attorney can connect victims with a physician who focuses on car wreck injuries, helping to ensure that they get the treatment they need in order to recover as fully, and as quickly, as possible.

Fault may be reasonably clear to the police officer who arrives at the scene, but liability is often much different. Specifically, the last clear chance rule often flips responsibility in rear-end crash cases.

In these cases, the jury normally assigns each party a percentage of blame based on their fault. Florida is a pure comparative fault state, so the judge divides damages based solely on the jury-determined percentage. So, if the tortfeasor and victim were each 50 percent at fault, the victim would recover half the damages requested.

If the same wreck and same result occurred across the border in Alabama, which is a pure contributory negligence state, the victim would get nothing, because under that state’s law, any negligence on the part of the victim — even if it is only 1 percent — bars a damages claim.