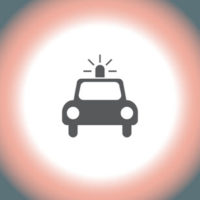 Edgewater police are investigating the wreck that happened near the intersection of East Marion Avenue and South Ridgewood Avenue. According to witnesses and authorities, even though the deputy was responding to a non-emergency summons, he was driving an estimated 80 mph in a 45mph zone. After the deputy crashed into a Honda Civic, his patrol car ricocheted across a grassy median, and careened into a Chevrolet Trailblazer and a Volkswagen Jetta.

While the Edgewater police investigate the crash, the Volusia County Sheriff’s office is conducting an internal investigation; the deputy is on paid leave pending that investigation’s outcome.

Since 1979, reckless police pursuits have killed over 5,000 people, and many of these victims, as the ones in the above story, were innocent bystanders. That 5,000 figure is higher than the death toll over the same period from most natural disasters, such as floods, hurricanes, and tornadoes.

Even though various groups, including the Department of Justice, have urged law enforcement agencies to curtail the use of high speed pursuits, officers rightly assert that they cannot pick and chose which laws to enforce, and a conscious refusal to enforce some less-serious laws may create an environment favorable to more serious crimes. Moreover, it is a fact that most felony arrests occur after traffic stops, and many of these stops are for speeding and other relatively minor infractions.

Some law enforcement agencies are experimenting with GPS trackers, advanced spike strips, and other James Bond-type devices that could end the need for high-speed pursuits, and once these and other technologies become standard issue, it will probably be easier for victims to obtain compensation for their injuries in these cases.

In non-emergency situations like the one in the above story, almost none of the usual justifications for high speed chases are applicable. Officers have immunity from most traffic laws, but only if they are in emergency mode (lights flashing and/or sirens on), thus giving fair warning to other motorists and pedestrians.

If there was a valid emergency, victims can still obtain compensation for their economic and noneconomic damages by establishing:

Because of the respondeat superior rule, the county, city, or other government unit is probably ultimately responsible for damages in these cases.

Peace officers have considerable latitude, but they cannot operate with impunity. For a free consultation with an assertive personal injury lawyer in Port St. Lucie, contact Eighmie Law Firm, PA. Home and hospital visits are available.