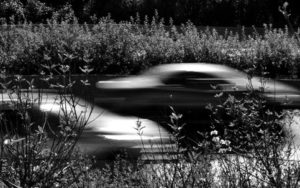 Twelve people were hurt — some of them seriously — after a man crossed the center line and smashed head-on into a van.

The wreck occurred on Orange Avenue near Sneed Road in Fort Pierce. According to the Florida Highway Patrol, a 40-year-old man veered from the eastbound to the westbound side of Orange Avenue, colliding with a passenger van. The van driver and eleven other occupants, mostly citrus workers, were rushed to local hospitals with various injuries. Investigators have not yet determined a cause.

The 40-year-old driver was pronounced dead at the scene.

Where to File Negligence Lawsuits

Florida’s venue rules require victims to bring suit where the car crash or other negligence incident occurred, where the defendant resides, or where the property is located. So for example, if the tortfeasor (negligent driver) lived in Martin County and the vehicle wreck happened in St. Lucie County, the victim could sue in either location.

Usually, it’s best to file in the county where the accident happened, because it is easier to gather evidence, subpoena witnesses, and build a case. However, some jurors are more plaintiff-friendly than others. In Florida, Miami Dade and Broward Counties are so plaintiff-friendly that one insurance company group named Florida the third-best state in the Union for car crash victims.

Sometimes, fault is easy to determine in vehicle collision cases, because first responders issue citations or witnesses give consistent accounts. But in other cases, fault is something of a mystery. That’s when attorneys rely on Event Data Recorders. All newer vehicle have such a device, which serves the same purpose as a commercial airplane’s “black box.” EDRs have been in limited use for several decades, but earlier versions had limited capabilities. Depending on vehicle make and model, today’s devices capture and record a wide range of information, including:

Essentially, the EDR gives lawyers and investigators pieces of the puzzle that they can then assemble to determine cause. As a bonus, these machines are almost never wrong, so insurance company lawyers normally cannot attack electronic evidence as unreliable or biased.

Florida is a no-fault insurance state, so in non-injury collisions, victims can file claims against their own insurance policies and obtain compensation for economic losses, such as medical bills and lost wages.

Victims who sustain serious injuries are also entitled to compensation for their noneconomic damages, such as pain and suffering, loss of enjoyment in life, emotional distress, and loss of consortium (companionship). The law defines “serious injuries” as:

If the tortfeasor intentionally neglected a known risk, perhaps by driving with a very high BAC level, additional punitive damages may be available as well.