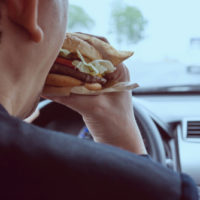 Reckless driving is one of the most common offenses in Florida. Due to the fact that this crime is so common, many people think it is not serious and those charged will simply face a minor traffic infraction. This is not true.

Reckless driving can be charged as either a misdemeanor or felony in the Sunshine State, and even the most minor of these can result in jail time for a convicted individual. For this reason, it is critical that anyone charged with reckless driving in the state speaks to a criminal defense lawyer that can help them build a strong case against the charges.

What is Reckless Driving in Florida?

Many people think that a simple act of negligence is enough to be convicted of reckless driving, but that is also not true. Carelessness is not enough to convict someone of a crime, and even speeding alone is not enough to prove that someone was driving recklessly.

While facing reckless driving charges is very scary, not everyone charged is convicted. The most common defenses in the state are as follows:

A criminal defense lawyer can advise on a specific case and determine which defense may be most effective.

If you have been charged with reckless driving, our Port St. Lucie criminal defense lawyers at Eighmie Law Firm, P.A., can assist with your case. Our skilled attorneys have the necessary experience to defend against these charges and we will give you the best chance of retaining your freedom. Call us today at (772) 905-8692 or fill out our online form to schedule a consultation so we can review your case.