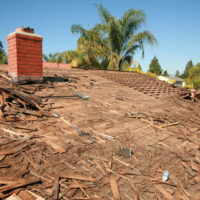 A Port St. Lucie roofer has been arrested for taking money to do a job but failing to ever start it, according to police. The owner of the business has been charged with a felony. Now, and perhaps worse, local police are investigating the business for more criminal activity. As it turns out, at least six other local homeowners have filed complaints against the company.

A Port St. Lucie woman says that she contracted the company to perform roofing work. She paid $4,200 as a deposit and the owner told her that he would get the permit immediately and begin performing the work as soon as possible. However, months went by and nobody showed up. She then asked for a refund but found out the business no longer existed.

How does this happen?

Usually, individuals who own businesses have a vested interest in their business’s reputation. They don’t usually set out to jack their customers. What ends up happening instead is that an individual has some sort of problem handling money. Often, gambling problems create the sort of situation you see above. The individual who operates the business becomes addicted to gambling and raids the company’s resources. Some sort of financial pressure like that usually occurs to cause a scenario like this. In other words, these aren’t individuals who would necessarily create a business for the sole purpose of swindling customers out of their hard-earned money, they’re individuals who have fallen into a dark place psychologically and see now way out of it.

In one case, a woman claimed that she waited over six weeks for the work to begin. Roofers eventually did show up and complete some of the work. However, they never returned after the first day was completed and left a considerable mess on the homeowner’s property. To boot, subcontractors were showing up at their house looking for money.

So, while the conduct is explainable in terms of irresponsibility, there are real victims here who have lost money due to the conduct of the roofer. When the roofer goes into court saying he has a gambling addiction, the court may not apply jail time if the roofer gets treatment, stabilizes his finances, and puts a plan into place to repay both vendors and customers. But that is the best-case-scenario in a situation like this.

Eighmie Law Firm represents the interests of those who are charged with crimes in the Port St. Lucie area. Call our Port St. Lucie criminal defense attorneys today and we can begin preparing your defense immediately.