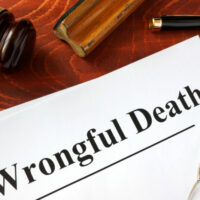 A rear-end collision on the Kanner Highway ended in tragedy for an 88-year-old Stuart man.

According to the Florida Highway patrol, “for unknown reasons,” a Chrysler Pacifica rear-ended a Yamaha scooter as both were eastbound. First responders rushed both drivers to a nearby medical care facility. The Pacifica driver is expected to survive, but the Yamaha rider was declared dead at the hospital.

Investigators are still trying to determine the cause of the wreck.

In personal injury claims, the police accident report and medical bills often furnish the lion’s share of evidence for the victim/plaintiff. But in wrongful death claims, these sources may not be as good.

If the accident victim did not survive, or was so seriously injured that s/he could not give a statement, the police accident report obviously contains only one side of the story. Morevover, even the most experienced emergency responder is not an accident reconstruction professional. Furthermore, there may be few or no medical bills. Fortunately, a Port St. Lucie personal injury attorney has access to other sources of evidence

For the crash itself, the Event Data Recorder is often critical. Much like a commercial jet’s black box flight recorder tracks operational information, a vehicle’s EDR measures and records things like:

Florida has very strict vehicle information privacy laws. So, attorneys normally must obtain court orders before they can inspect and download EDR information.

As for the injuries, in a wrongful death claim, the economic injuries usually involve lost future financial contributions. So, attorneys usually partner with accountants or other professionals to estimate these losses and make a compelling case to the jury.

Evidence is important in negligence cases because the victim/plaintiff must establish all facts by a preponderance of the evidence (more likely than not).

At the scene, emergency responders almost always give rear-end drivers a citation. But there is often a difference between fault for the accident and liability for damages.

These wrecks may involve the contributory negligence doctrine. For example, one driver might have made an illegal turn in front of another driver, thereby causing a rear-end collision. That’s the basis of the “swoop and squat” insurance fraud scam which is so common in Florida and elsewhere.

The contributory negligence could apply even if the driver did not intend to cause a rear-end crash. In these situations, jurors must apportion fault between the two drivers on a percentage basis.

Florida is a pure comparative fault state. Even if the victim is 99 percent responsible for the crash, the victim is entitled to a proportionate share of damages.

Rear-end crashes may also involve the last clear chance rule. This doctrine excuses negligence altogether. If Driver A did not do everything possible to avoid a crash, that driver is legally responsible for damages, even if Driver B got a ticket.

This doctrine does not apply as much in scooter and motorcycle crashes. Two- and three-wheel vehicles are much more difficult to maneuver than four-wheel vehicles. So, if a driver tries to change lanes suddenly to avoid a crash, the driver might cause a more serious collision.