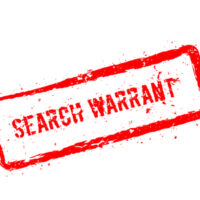 It is hard to believe that the original Dirty Harry movie is now almost forty years old. Things have changed a lot in the ensuing years, and we are not just talking about fashion and hairstyles. This scene indicates how much criminal law has changed since then. The evidence which was clearly inadmissible in 1971 is possibly admissible in 2020.

Apropos of nothing, the fictional serial killer in this movie, Scorpio, was based on the real-life Zodiac killer who claimed several victims in San Francisco over a period of about twenty years. The Zodiac killer was never caught.

Briefly, our intrepid police officer responded to a call regarding a woman Scorpio had supposedly abducted. A foot chase lead Harry through Scorpio’s apartment, where he found a hunting rifle which had been used during the crime. Harry eventually caught up with Scorpio after he ducked into another building. While the evidence seized might be admissible today, a Port St. Lucie criminal defense attorney might still be able to exclude it.

This doctrine, which is also called the emergency exception, did not exist in 1971. Today, officers use it frequently.

Assume officers receive a call about a disturbance, like a fight, or a dangerous situation, like a gas leak. In these situations, they may enter the dwelling or business without a warrant and perform a quick security sweep to make sure everyone is okay. While inside, they may seize any contraband they find in plain view. More on that below.

The Fourth Amendment is based on the castle doctrine from English common law. In 1971, a man’s home was his castle. Officers could not enter a dwelling without a warrant under any circumstances. That’s especially true if officers wanted to enter a building with absolutely no probable cause.

Today, however, the hot pursuit exception probably applies in these circumstances. If police pursue a suspect and the suspect goes into a private building, officers may continue the pursuit without a warrant.

The severity of the offense usually comes into play here. The hot pursuit rule probably applies with regard to felons, but might not apply with regard to misdemeanors, especially nonviolent ones.

Whether they look into a car or enter a dwelling, officers have the right to seize any contraband they see in plain view.

Officers frequently invoke this exception, but there are some issues. Partial plain view is one illustration. What if officers see a pistol grip protruding from under the seat? It could be an illegal firearm or it could be a toy gun. Additionally, not all guns are contraband. If they are licensed, it’s usually illegal to seize them.