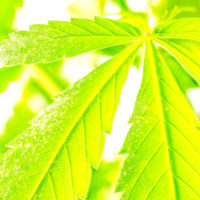 The deck is stacked in favor of the prosecutor. Prosecutors have access to a small army of investigators and other professionals. From top to bottom, these workers care almost nothing about justice. They just want to convict the defendant, regardless of whether the conviction is fair or not.

To even the odds, the U.S. Constitution outlines a number of rights. These rights are especially important in drug cases. But unless the defendant has an aggressive Port St. Lucie criminal defense lawyer, these rights are just ink on paper. An attorney must uphold them in court.

The Constitution states that no person may twice be placed in jeopardy of life or limb for the same offense. SO, if they lose a drug trafficking case because of flimsy evidence, vengeful prosecutors cannot then file simple possession charges against the defendant. For years, the “separate sovereignties” exception has allowed state and federal prosecutors to place the defendant in double jeopardy. But this rule may change. In December 2018, the Supreme Court heard oral arguments in Gamble v. United States, and a decision is forthcoming sometime this spring.

The defendant does not just have the right to a lawyer. The defendant has a right to an affordable and competent lawyer who is experienced in criminal law. It is difficult to overturn convictions based on ineffective assistance of counsel. Courts have rejected arguments like failure to present witnesses at trial, failure to object to clearly improper jury instructions, and even being under the influence of cocaine during the trial. However, the attorney can be so incompetent that the representation does not meet the minimum requirements of the Sixth Amendment.

If the defendant is in jail before trial, a speedy trial is very important. But if the defendant is out on bond, a delayed trial may be better. Delays are very frustrating for defendants, defense attorneys, and just about everyone else. But delay is also beneficial. Over time, memories fade, alleged victims lose interest in the case, memories fade, and physical evidence gets lost.

Typically, there are six people in a misdemeanor jury and twelve in a felony jury. The process is important. If all jury selection rules aren’t followed, the verdict may be invalid. Furthermore, the prosecutor must respect the jury’s impartiality. Prosecutors cannot make emotional arguments, comment on evidence which was not admitted, or personally vouch for a witness.

This often-overlooked right is a very important one. A public trial holds prosecutors and judges accountable. In a few drug cases, especially if there are security concerns, a judge may be able to close a trial to the public or limit public access.

Most people know they have the right to remain silent during an arrest. But most people do not know the extent of that right. They may refuse to answer questions, and they may also refuse to cooperate. They do not have to appear in lineups or pose for photographs.

Rely on an Experienced Lawyer

You have important rights in a drug crimes case. For a free consultation with an experienced Port St. Lucie criminal defense attorney, contact Eighmie Law Firm, P.A. We routinely handle matters all along the Treasure Coast.