Should I Take A Breath Test In Port St. Lucie? 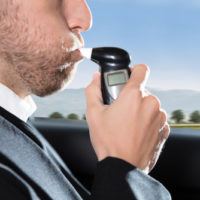 Florida has one of the highest refusal rates in the nation. As many as 40 percent of drivers in the Sunshine State refuse to take chemical tests when they are arrested for DUI. There is a very legitimate debate, even among DUI defense attorneys, as to whether refusal is a good thing or a bad thing.

The Pros of Taking Breath Tests in Port St. Lucie

Especially now that Florida has a refusal-to-submit law, many people say it’s a good idea to take a test. There is an old saying that if you fall into a hole, you must first stop digging. And according to many, nothing good happens when you refuse to take a test.

Refusal means extended license suspension under the state’s implied consent law. The state will also suspend your driver’s license after a failed test, but the suspension period is usually not as long.

Moreover, there’s the aforementioned refusal-to-submit law. The United States Supreme Court recently upheld these laws which make refusal a criminal offense. Section 316.1939 makes refusal a Class A misdemeanor. So, even if a lawyer “beats” the DUI, persons who refuse could still face significant criminal penalties.

Should I Refuse a Breath Test in Port St. Lucie?

Prosecutors have a much easier time getting convictions in test cases. Statistics vary by jurisdiction, buy typically, the conviction rate in test cases is almost twice as high. So, according to some DUI defense attorneys in Florida, persons who take tests essentially give the prosecutors the evidence they need to obtain convictions. The state has plenty of prosecutorial resources. These lawyers do not need your help.

What Happens if You Refuse the Test in Florida?

The rates are so much different because the law is so much different. In Florida and most other states, defendants are automatically guilty if their BAC is above the legal limit. Prosecutors need only introduce valid test results. It’s possible to successfully challenge chemical test results, but only in some cases.

In refusal cases, the state must rely on circumstantial evidence. This evidence is much easier to attack. Typically, Post St. Lucie judges only allow prosecutors to use results from the three NHTSA-approved field sobriety tests.

Officers invariably testify that the defendant “failed” all these tests, even if they show only minimal impairment. But individual jurors conclude whether or not the defendant lost the normal use of mental or physical faculties, and their conclusion is the only one which matters.

If you face criminal charges, you need a lawyer who will attack the state’s evidence. For a free consultation with an experienced criminal defense attorney in Port St. Lucie, contact Eighmie Law Firm, P.A. We routinely handle cases all along the Treasure Coast.