Slip And Fall Results In Death, Lawsuit Against Disney 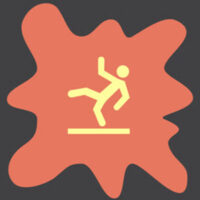 The estate of a travel agent has filed a lawsuit against Disney following her death at the resort in 2020. According to the lawsuit, the woman suffered a fall that resulted in blunt force trauma to her head that eventually resulted in her death. Disney has recently filed a motion to dismiss the lawsuit on the basis that no negligence allegations have been made. The judge has yet to respond to the motion. But details concerning the accident seem harder to come by than you would expect.

In most lawsuits, you have an injury, but the plaintiff posits some theory of liability that makes the defendant responsible for that injury. Disney’s attorneys contend that no such allegations have made their way into the complaint thus far. The plaintiffs will contend that they hope to learn more in discovery, but by the time you’re demanding a defendant turn over documents, you need to have a better theory as to what happened other than “you caused her death, we just don’t know why.”

Why are there no allegations in this lawsuit?

When you file a lawsuit against another party, it isn’t enough to say that you’re injured. You have to say why you’re injured and what the defendant did or didn’t do that caused or would have prevented your injury. In most cases, slip and fall accidents are the result of identifiable tripping hazards in an area. If the problem is correctable, then it’s actionable, and the proprietor would be liable. Even in cases where an individual slips and falls because of their own carelessness, the proprietor can be held liable for not attempting to call 911 to the scene in a timely fashion. It would be expected that an ordinary person rendering an ordinary amount of care would do the bare minimum and call for help. So, a personal injury attorney might surmise that something went wrong and authorities were not alerted in time or a delay in calling for help actually contributed to the plaintiff’s injuries or death.

While judges tend not to like filings like these, they won’t dismiss the case with prejudice just because the filing is improper. They will allow the plaintiff to refile the suit with clearer allegations. In the meantime, the defendant is on notice that there is a lawsuit pending while the plaintiff’s attorneys collect evidence to prove that Disney contributed to the death of the patron.

Certainly, you can’t sue someone simply for dying on their property, but a judge will likely want to know more about the suit before it is dismissed.

Eighmie Law Firm files slip and fall lawsuits against negligent proprietors. Call our Port St. Lucie personal injury lawyers today to schedule a free consultation and learn more about how we can help.