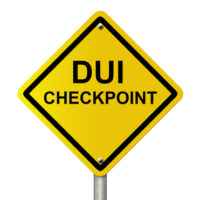 Police departments in the Treasure Coast love DUI checkpoints. If they could afford the officer overtime and physical requirements, they would probably run checkpoints every weekend. But because of these costs, roadblocks usually only appear during holidays associated with drinking and driving, such as July Fourth and New Year’s Eve.

These checkpoints give police officers lots of powers that they do not usually have. So, DUI roadblocks must also meet some very specific requirements.

Typically, officers must have reasonable suspicion to detain motorists for suspicion of DUI. Under current law, this standard is very low.

There are actually two parts to a DUI stop. First, the officer must have reasonable suspicion to pull over the vehicle. In almost all cases, said reasonable suspicion is an unrelated traffic offense, such as speeding or failure to stop at a stop sign. Occasionally, Port St. Lucie officers pull over motorists because they receive a tip about a suspected drunk driver.

Next, the officer must have reasonable suspicion to administer field sobriety tests. Sometimes, the traffic stop plays a role here. For example, erratic driving sometimes indicates alcohol impairment. But generally, this second level of reasonable suspicion comes from facts that the officer observed (e.g. odor of alcohol) or statements the defendant made (e.g. “I only had one beer”).

But the reasonable suspicion rule does not apply to DUI checkpoints. Instead, these roadblocks must follow a separate set of rules.

Current law on this topic is basically a compromise. Before the 1980s, officers could erect checkpoints any time, anywhere, and for any purpose, and it was legal. Then, the Supreme Court outlawed roadblocks altogether. Finally, in 1990’s Michigan State Police v. Sitz, the Justices allowed law enforcement agencies in Florida and elsewhere to use roadblocks in certain situations:

In that last instance, if motorists turn around, they can expect police cars to follow them. For these officers to pull over these motorists, the reasonable suspicion rule applies.

Drivers have rights at DUI checkpoints. They do not need to answer questions or even roll down their windows. They do need to produce requested documents, which usually includes drivers’ license and proof of insurance. It’s also wise not to antagonize officers in this or any other situation.

A DUI roadblock is not a license to randomly pull over suspicious vehicles. For a free consultation with an experienced personal injury attorney in Port St. Lucie, contact Eighmie Law Firm, P.A. Convenient payment plans are available.