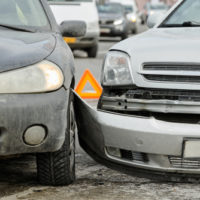 Every year, car crashes seriously injure millions of people. Some type of driver impairment, such as alcohol or distraction, causes most of these wrecks. In other words, most Port St. Lucie vehicle collisions involve some type of negligence.

In the immediate wake of an accident, most people are not thinking about future damage claims. But it is very important to lay the foundation for a successful claim at this time. Otherwise, your attorney must play from behind. No matter how serious the game is, this position is a very difficult one.

Police accident reports usually contain the names and telephone numbers of a witness or two. But this list is almost always incomplete.

Many individuals do not like to talk to police officers. Perhaps they have outstanding warrants, or perhaps they simply do not like law enforcement personnel. Moreover, some people only saw part of the crash. Therefore, they believe they have nothing to contribute.

So, reach out to as many people as possible. Some individuals may not want to talk to police officers, but they will talk to accident victims. Moreover, even if the person only saw part of the incident or saw things that hurt your case, collect contact information. Let your attorney determine if their testimony would be beneficial or not.

Today, there is no such thing as an “off the record” conversation. It’s unfortunate that a simple apology between two people can have such a damaging effect, but that’s the way things are.

Apologies could be construed as an admission of liability, or at least an admission of fault. Liability is a legal issue that only a court of law may properly determine. So, it’s sometimes possible to keep such statements out of court, as they are arguably legal conclusions. However, not all St. Lucie County judges agree with that conclusion. They often admit these statements as admissions against interest.

An attorney can usually defuse the situation by pointing out that the victim did not know what s/he was saying at the time. However, it’s much easier to keep this issue out of the trial altogether.

Instead of saying “I’m sorry,” try to say something like “I’m sorry this accident happened.”

Photographs of the surroundings, pictures of skidmarks, photographs of damages and injuries, and other such evidence carries considerable weight with jurors. In fact, if there is no such evidence, many assume that the victim/plaintiff has something to hide.

Again, do not worry about whether or not the evidence will be useful in court. Just collect as much as possible and then rely on your attorney to sift through it.

Don’t Talk to the Insurance Company

Accident victims have no legal duty to speak to the other driver’s insurance company. It’s important to exercise this right. Many insurance company operators know how to pull damaging statements from victims without their knowing it. Such statements are usually admissible because of the aforementioned statement against interest rule.

Instead, talk to a lawyer first. Your attorney can then sit with you on speakerphone as you give a statement to the insurance company.

The first few hours after a car crash case are often the most critical hours. For a free consultation with an experienced personal injury attorney in Port St. Lucie, contact Eighmie Law Firm, P.A. We do not charge upfront legal fees in negligence cases.