Some Effective Defenses to Assault and Other Violent Criminal Charges 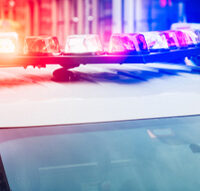 Most criminal cases do not go to trial. In fact, plea bargains resolve over 95 percent of all the criminal cases in the Treasure Coast region. Generally, negotiated settlements involve a lesser charge and/or a reduced sentence. For example, if the evidence is weak, many prosecutors reduce aggravated assault charges to simple assault.

The aforementioned plea bargaining statistic does not alter the way a Port St. Lucie criminal attorney prepares. Favorable plea arrangements are available, but prosecutors do not simply give them away. Instead, an attorney must erode the state’s evidence so a trial becomes too risky for the state. If that happens, it’s much easier to successfully resolve the case.

As a general rule, no one likes delays, especially criminal case delays. However, delay is usually one of the best defenses in a case that largely hinges on eyewitness testimony.

Over time, memory degrades. After a prolonged delay, a witness’ memory might degrade so much that s/he has no independent recollection of the event. At that point, the witness might be legally incompetent to testify at trial. Furthermore, people move a lot. Sometimes, they relocate beyond the range of a court’s subpoena power, which is usually 150 miles.

If the witness is incompetent or unavailable, many prosecutors try to use a loophole in the hearsay rule to introduce part of the police report into evidence. So, delay itself is not enough. An attorney must also know the law and be a skilled advocate, or else the delay might have been for nothing.

Eyewitness testimony often involves lineups, and physical evidence usually involves forensic science or search warrants. A deficiency in any of these areas could cause a prosecution to collapse like a house of cards.

Search warrants must be based on affidavits which clearly show probable cause. An officer’s hunch is definitely insufficient. Furthermore, many warrants rely, at least in part, on a paid informer’s testimony. Many St. Lucie County judges do not believe such evidence is credible, especially if the informer received a lot of money or lenient treatment in a related case.

An effective defense often means the defendant will receive pretrial diversion or deferred disposition. In both these cases, if the defendant completes program requirements, there is no conviction record.

Violent crime prosecutions have lots of moving parts. For a free consultation with an experienced criminal defense attorney in Port St. Lucie, contact Eighmie Law Firm, P.A. The sooner you reach out to us, the sooner we start working for you.