Some Effective Defenses to Assault Charges 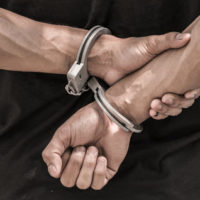 In late summer and early fall, conditions are often ideal for violent assaults. There is a direct relationship between warm weather and assaults. The effect is not as pronounced during the height of summer. When temperatures get too high, people stay inside.

Ordinary assault, which is a misdemeanor, is an intentional (non-accidental) assault. Physical injury is not an element of this offense. Domestic battery, which has substantially more indirect consequences, is usually a subset of ordinary assault. Aggravated assault, which is a felony, usually involves either a dangerous weapon, which could be almost any object, or a serious injury.

A Port St. Lucie criminal defense attorney examines the state’s evidence and identifies weaknesses in it. Then, an attorney exploits these weaknesses to reduce or eliminate the consequences of an assault conviction. Generally, our team is able to successfully resolve these matters out of court.

Additionally, officers must timely and properly inform defendants of their Miranda rights (you have the right to remain silent, etc.). If they fail to do so, any verbal or non-verbal statements the defendant makes are usually inadmissible.

Prosecutors must establish guilt beyond any reasonable doubt. That’s the highest standard of evidence in Florida law.

As mentioned, physical injury is not an element of ordinary assault. However, it’s very difficult to prove that an intentional assault occurred unless the alleged victim suffered an injury that at least required first aid.

On a related note, delaying the proceedings often feeds a lack of evidence defense. Over time, physical evidence disappears, witnesses move away, and their memories fade.

Self-defense is the most common affirmative defense in both misdemeanor and felony assault cases. Florida laws are rather broad in this area. Generally, if the defendant reasonably felt threatened, the defendant can respond with an appropriate amount of physical force, including deadly force, without retreating first.

Alleged victims cannot “drop” criminal assault charges. Only prosecutors can voluntarily dismiss criminal cases. Witnesses do not have the authority to do so.

Rely in an Experienced Lawyer