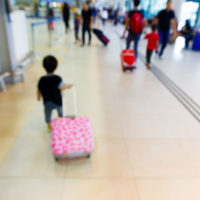 America is perhaps the most mobile society in the world, as about one in four Floridians relocate at least once every five years. Whether that move is a local one to establish a better commute or an interstate relocation in pursuit of a new opportunity, these relocations often have a significant effect on a divorce parenting plan.

Many of these changes involve pickup or dropoff locations or times, while others involve periods of possession. In any case, as long as both parties agree to all changes, the judge normally approves the new plan, sometimes without even holding a hearing. The key words in this formula are “agree” and “all.” There is a difference between agreement and assent, just like there is a difference between most changes and all changes.

Even though most judges do not scrutinize agreed modifications, it is very important not to skip this step. Side agreements — even if they are in writing and signed by both parties — are completely unenforceable in family court. If Mother and Father make a side agreement, both abide by it for months or years, and Father suddenly decides to return to the way things were before or strictly enforce the letter of the existing parenting plan, Mother has no recourse, and any life changes she made to comply with the new agreement were for naught.

If one parent alleges that a change is necessary because of an immediate danger to the children’s physical safety or emotional well-being, a judge may grant a temporary change without a hearing, assuming the parent presents sufficient evidence of the harm. Typically, there is another hearing within about two weeks, after the other parent is served, to determine if that change should be permanent.

The vast majority of Florida divorce modifications involve neither 100 percent agreement nor an immediate danger. In these cases, the judge will modify the parenting plan if the moving parent establishes changed circumstances and best interests.

The Florida Legislature does not define changed circumstances in Section 61.13 except to say that the change must be “substantial, material, and unanticipated.” Typically, the category includes:

The other requirement is that the modified parenting plan be in the best interest of the children. This term is rather amorphous as well, but it generally means:

The court usually will not consider the child’s wishes unless that child is an older teenager. Likewise, the court will probably not consider previous parenting plan violations unless they are repeated and egregious.