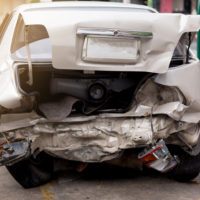 Every year, car crashes kill or seriously injure millions of Americans. These victims may be entitled to substantial compensation, but many times, the road to such a result is long and winding. Typically, the actions that the victim takes in the immediate wake of the accident profoundly affect the course of the legal claim. People can either jump-start their claims for compensation or almost completely derail them.

Do Go to the Doctor

This tip may seem unnecessary, but a significant number of victims seek no medical help after an accident and even refuse treatment at the scene. Sometimes, these people do not “feel” injured. That’s probably due to the adrenaline release. Or, the victim might have a head injury, and the brain often conceals its own injuries. Other people think they can “tough it out” and they do not need a doctor’s help.

Failing to seek medical care has some medical consequences. If not properly treated, head injuries and other wounds quickly get worse. The longer the victim waits to obtain help, the harder these injuries become to diagnose and treat.

There are often legal consequences as well. If the victim does not seek immediate medical care, many insurance companies later claim that the victim’s injuries must not have been very severe.

Don’t Argue with the Other Driver

It is easy to see why car crash victims get into such arguments. A vehicle collision is always an emotional time, especially if a friend or loved one was seriously injured in the wreck.

Debating fault with the other driver will not hurt your case, but it will not help it either. So, the effort is essentially wasted, and victims need to conserve their strength so that they may recover from their injuries more quickly.

Additionally, these encounters sometimes end very badly. The confrontation could turn violent, or first responders might form a negative impression of the victim. That impression will be reflected, directly or indirectly, in the police accident report.

The police report is a valuable piece of evidence, but it’s only one piece of the puzzle. Furthermore, the report is often incomplete or inaccurate. Emergency responders are not accident reconstruction professionals, and they often only conduct cursory investigations. Additionally, if the victim was killed or seriously injured, the police report usually only contains one side of the story.

So, supplements are very important. Take pictures of property damage, get the names and contact information of any potential witnesses, and take note of any nearby red-light or security cameras.

Very often, when people say “I’m sorry,” they are expressing sympathy and not admitting fault. If your spouse has a bad day at work, you might say “I’m sorry” even though you had nothing to do with the problem.

But in this context, “I’m sorry” is generally an admission of liability. This out-of-court statement usually comes up later when the case goes to trial. A Port St. Lucie personal injury attorney can limit the effect, perhaps by pointing out that the victim was in shock and did not know what s/he was saying, but the damage has been done.

Instead of saying “I’m sorry,” try to say something like “I’m sorry this accident happened to you” or simply do not say anything.

In the wake of an accident, victims either help or hurt their claims for compensation. For a free consultation with an experienced personal injury attorney in Port St. Lucie, contact Eighmie Law Firm, P.A. Attorneys can connect victims with doctors, even if they have no money or insurance.