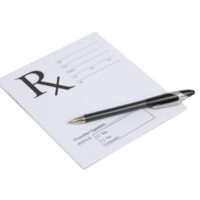 Attempting to acquire a controlled substance by means of fraud is a crime. In fact, it’s a felony. One woman traveled all the way from Palm Beach County to Port St. Lucie to present forged prescriptions to pharmacists. The woman was attempting to get pills for ADHD. These include notable drugs such as Ritalin, Dexedrine, and Adderall. Most of these drugs are used by college students to help keep them up all night for studying or partying. They are also taken by those who have ADHD to help them with the condition. While for most people, the drugs act as a stimulant, for those with ADHD, the drugs tend to calm them down. The arrest affidavit did not state what the woman was doing with the drugs. But we can assume that the police found limited evidence that they were being sold. If that were the case, the woman would have been facing much more serious charges.

The defendant pleaded no contest to a charge of attempting to obtain a prescription by fraud. She was given probation for the offense.

How was the defendant caught?

Her probation ran out in 2021 and she is now petitioning the court to have her records sealed. Since adjudication was withheld in this case, the successful completion of her probation means that the criminal charges are vacated. However, an arrest report and court records remain.

There is a lot we don’t know about this case. Generally speaking, a history of drug-seeking behavior is not going to help you in a health care setting. Nor will it help you with the police. However, the law is somewhat sympathetic to certain drug crimes and often seeks alternative remedies for drug abusers that do not commit violent crimes. In some cases, individuals steal the drugs because they need them and cannot otherwise get them from doctors. We don’t know what the story was here or why the defendant was given probation for what the law generally sees as a serious crime, but the fact that the police found no evidence that the drugs were being sold likely worked in the defendant’s favor. She was able to secure a sentence of probation and it’s likely that she will be able to have her record sealed after the successful completion of her probation. In other words, she will be able to move forward with her life.

Eighmie Law Firm represents the interests of those who have been charged with crimes in Port St. Lucie. We also have an office in Stuart, FL. Call our Port St. Lucie criminal lawyers today and we can begin preparing your defense immediately.