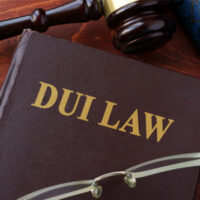 In the early 2010s, Florida had the highest Breathalyzer refusal rate in the country. Then, lawmakers approved a failure-to-submit law which makes refusal a criminal offense. Before then, refusal was only an administrative offense. The refusal rate then declined, but it is still well above the national average.

The conviction rate in test cases is much higher than the rate in non-test cases, mostly because Florida has a per se DUI law. Defendants with a BAC above the legal limit, which is usually .08, are intoxicated as a matter of law.

However, as outlined below, it’s still possible for a Port St. Lucie criminal defense attorney to attack the chemical test results. This strategy is often successful. Prosecutors must establish guilt beyond any reasonable doubt. So, an attorney does not need to debunk the results. An attorney simply needs to make a jury uncertain about their integrity.

The vast majority of chemical tests are Breathalyzer tests. To validate test results, prosecutors usually call police Breathalyzer techs to the stand. These individuals testify as to the device’s sophistication and accuracy, often by regaling the jury with fanciful tales of electrochemical reactions and fuel cell triggers.

Attorneys often partner with degreed chemists in order to drive home these flaws with the jury. Generally, these flaws make the biggest difference in a .08 to .10 borderline BAC case.

These tests are much more accurate than breath tests. Although they might not have scientific weaknesses, blood tests have some procedural weaknesses.

Typically, blood test results travel from a clinic to a police laboratory to a police evidence room to a courtroom. That’s a very long evidentiary chain. If there is any gap in the chain of custody, an attorney could question the sample’s validity.

The Supreme Court has held that police officers must have search warrants before they can extract blood samples from defendants. In DUI matters, the field sobriety tests, like walking a straight line, typically provide the needed proof for a warrant. But a significant number of defendants assert their Fifth Amendment rights and refuse to perform these tests. Other times, the defendant completed the test rather well and “failed” on a technicality, like missing one or two steps.

In these situations, a judge might rule that the warrant was invalid because it lacked probable cause, which is the standard of evidence at this phase of the trial.