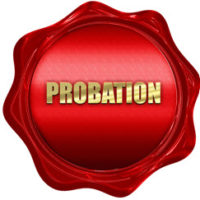 While it mostly stands for broad First Amendment protections in the face of government restrictions, Packingham v. North Carolina also has implications for probation violation cases in Florida.

A North Carolina law prohibits registered sex offenders from accessing any Web or social media site that might have child visitors. During an investigation specifically designed to prosecute offenders for violating this obscure law, a police detective ran across an innocuous Facebook post expressing relief for a dismissed traffic ticket. The investigator soon connected the brief post to Lester Packingham, who as a 21-year-old in 2002, pleaded guilty to taking indecent liberties with a 13-year-old girl. As part of the plea deal, he agreed to register as a sex offender for 30 years.

After his probation violation trial, a judge found him guilty of violating the social media access law. An intermediate appeals court reversed that conviction on First Amendment grounds, but the State Supreme Court reinstated the trial court’s verdict.

Writing for the Court, Justice Anthony Kennedy began by observing that “all persons [should] have access to places where they can speak and listen, and then, after reflection, speak and listen once more.” Many years ago, that place was a public square or park, but today, that place is the internet, he continued. And it is “unsettling” to suggest that a criminal conviction deprives a person of the right to access such media, he concluded.

Justice Samuel Alito filed a separate opinion, because although he agreed with the result, he was “troubled by the implications of the Court’s unnecessary rhetoric.”

The right to free expression can be limited only by narrowly-tailored time, place, and manner restrictions. In plain English, if a government wants to keep people from expressing themselves, it must have a very, very good reason for doing so. Packingham is perfectly consistent with this approach.

Some recent cases, like Citizens United v. Federal Communications Commission, have actually been much more controversial. In this famous 2010 case (or infamous case, depending on your point of view), the Supreme Court essentially held that political contributions are a form of free expression that is guaranteed by the First Amendment, unless the government can show a compelling reason for a limited restriction.

There is another issue here as well, viz, this case arguably stands for the proposition that probation restrictions must be directly related to the underlying offense.

For example, most all probation orders contain conditions like the probationer must either work or go to school. While these are laudable social goals, they have almost nothing to do with burglary or DUI or any other offense. Similarly, a requirement that the probationer pay monthly monitoring fees is not connected to the crime.

These conditions stand in contrast against terms such as a keep-away order in an assault probation or an ignition interlock requirement in a DUI case.

An aggressive attorney can probably use Packingham in probation violation cases that involve boilerplate terms. If the condition does not help the offender rehabilitate from his/her crime, and especially if that term violates a constitutional or other clearly-established right, the term is probably invalid.