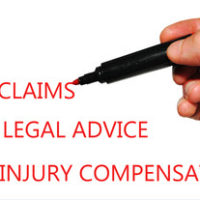 A 3-month-old baby fleeing from Hurricane Irma died in her mother’s arms after a car crash in Cherokee County, Georgia.

The baby and her family left Port St. Lucie to stay with friends and family in the Peachtree State. According to the Cherokee County Sheriff’s Office, a 17-year-old Jeep driver struck the family near the Northside Hospital Cherokee Amphitheater, which was apparently hosting a concert. The infant, her 28-year-old mother, and a 61-year-old woman were all rushed to a nearby hospital with serious injuries. While the two adults are expected to survive, doctors were unable to save the infant.

No charges have been filed at this time, but the investigation is ongoing.

Where to File a Damage Claim

Venue is the legal term for the proper location of a negligence lawsuit. If the damage claim is not filed in the correct location, the error is usually not fatal, but it does cost time and money to correct, and in negligence situations, both these things are precious. Normally, venue is appropriate in the county:

Typically, both these things happen in the same county, so venue is not an issue. But sometimes, the victim has a choice.

Generally, most of the evidence is in the county where the accident or other incident took place. And, since the victim/plaintiff has the burden of proof, it’s normally advantageous to pursue the litigation close to most of the witnesses and physical evidence.

However, and this is especially true if the victim/plaintiff was far from home at the time, it may better serve the convenience of the plaintiff to have the trial in a different location.

Possible jury composition is another significant factor, as is the nature of the presiding judge. Every year, an advocacy group releases a list of victim-friendly jurisdictions throughout the country. These are places where jurors are prone to side with victims and/or judges who are known for their plaintiff-friendly stances on key legal issues.

That third consideration may be especially important if the tortfeasor (negligent driver) is not the only party responsible for the victim/plaintiff’s damages.

The above story may involve one or more third-party liability theories. One of them is the negligent entrustment doctrine. Since teenagers cannot own property, they always borrow the property of another when they drive. Essentially, if the vehicle owner knows that the tortfeasor is incompetent and that tortfeasor causes a car crash, the vehicle owner is responsible for damages. Actual knowledge of incompetence, which usually means the lack of a valid driver’s license, is required.

In serious injury crashes, these damages include compensation for both economic and noneconomic losses.