The Case Against Cesar Sayoc: Three Things We Know Now 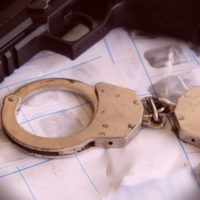 Federal authorities recently arrested 56-year-old Cesar Sayoc, of Plantation, Florida, and charged him with mailing a series of explosives to outspoken, left-leaning public figures. At this point, no one knows very much about the alleged pipe bomber or the case against him. However, the case seems to be moving forward rapidly, and prosecutors appear to be quite determined.

In all criminal cases, prosecutors must establish guilt beyond a reasonable doubt. Typically, federal courts do not define this phrase, since it is “self-explanatory and is its own best definition.” In other words, the evidence must speak for itself. Jurors cannot put the pieces together. If the prosecutor cannot do so, the defendant is not guilty as a matter of law.

In today’s political climate, virile words fly fast and furious. Regardless of their political persuasion, hate-filled speech, or at least speech tainted with hate, dominates the airwaves and the Internet.

Based on his social media profile, Mr. Sayoc is clearly a militant Republican. There are also images of him at political rallies making pointed statements. His white van is almost invisible under a layer of political bumper stickers. More on the van below.

While his views appear to be extreme, they are not much more extreme than the views of millions of other Americans. One prominent actor recently remarked that there could be “blood in the streets” if the midterm elections turned out a certain way. He later backed off that statement.

Mr. Sayoc apparently made similar statements. But these Twitter headlines cannot be considered terroristic threats. Typically, the alleged victim must have a reasonable apprehension of imminent harm. These elements clearly aren’t present in “blood in the streets”-type statements.

Mr. Sayoc has an extensive criminal background. His past nefarious deeds include bomb-making and making terroristic threats against individuals.

But generally, criminal records are inadmissible in court. A criminal background is always irrelevant when offered to prove guilt or innocence. They may be relevant for impeachment purposes. But such episodes almost always come with a limiting instruction. Most judges tell jurors that they may not consider the prior criminal act when they determine ultimate guilt or innocence.

The aforementioned white van may be the most damaging piece of evidence that we know about so far. Numerous witnesses identified it near bombing sites both in Florida and New York.

Mr. Sayoc could urge that the van’s placement was just a coincidence. If it was only present at one or two sites, that might be a plausible argument. But eight or ten coincidences is too much for most people to believe. His best bet may be to challenge the credibility of the witnesses. Perhaps they did not get a good look at the van or perhaps they are biased.

Circumstantial evidence cases are difficult, but not impossible, for prosecutors to win. For a free consultation with an experienced criminal defense attorney in Port St. Lucie, contact Eighmie Law Firm, P.A. Convenient payment plans are available.