The Parts Of A Car Crash Negligence Claim 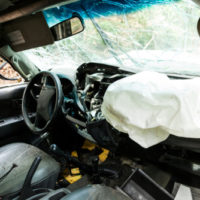 Most car accidents and other such incidents are not really “accidents.” In fact, human error causes about 95 percent of the car crashes in Florida. If that error involved a lack of ordinary care, the victim may be entitled to significant compensation.

At least for the time being, Florida is a no-fault state. So, victims who sustain serious injuries may obtain compensation for their noneconomic losses, such as pain and suffering and loss of enjoyment in life. The law defines “serious injury” as:

In 2018, there was some momentum for repealing the no-fault law. We shall see what happens this year.

Victims must establish every element of a negligence case by a preponderance of the evidence (more likely than not).

Bus drivers, Uber drivers, cab drivers, and other commercial operators have a duty of highest care. Basically, they must do whatever it takes to avoid car crashes. Noncommercial drivers usually have a duty of reasonable care. They must obey the rules of the road and drive defensively as the conditions dictate. These same standards apply to passengers in a vehicle. Commercial drivers, such as tour bus operators, are not quite insurers of safe conduct, but they are very close.

Duty is a legal question that a judge usually decides. Breach, on the other hand, is a factual question which a St. Lucie County jury usually decides. Not all driving mistakes constitute a breach of duty, or a lack of ordinary care. For example, drinking a soda while driving constitutes distracted driving. Operators take their hands off the wheel and their minds off driving, at least for a moment. However, most jurors would not consider such behavior to be a lack of ordinary care.

The victim/plaintiff must establish a link between the breach and the damages. Sometimes, a crash has multiple causes. For example, a drunk driver might run a red light and collide with another vehicle. Alcohol impairment substantially caused that crash. If the driver was not drunk, the driver probably would have stopped at the light. Issues like this one are important in terms of third party liability, a concept that’s discussed below.

All Florida car crash victims are entitled to compensation for their economic losses, such as property damage, medical bills, and lost wages. Furthermore, as outlined above, serious injury crash victims may be entitled to additional compensation. Finally, the tortfeasor may not be the only party responsible for these damages. The bar or grocery store which sold alcohol to the drunk driver might also be responsible for damages.

Car crash victims may be entitled to significant compensation. For a free consultation with an experienced personal injury attorney in Port St. Lucie, contact Eighmie Law Firm, P.A. We do not charge upfront legal fees in negligence cases.