The Three Cs of Mediation 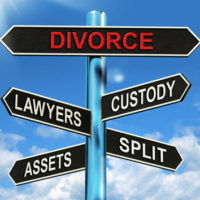 Most divorce cases are extremely complex. There are lots of emotional and financial issues, and many times, these issues overlap. Additionally, in many cases, the spouses do not trust each other. That’s especially true if there was trauma in the marriage, like an affair or a secret bank account.

In situations like these, professional mediation may be a good idea. Typically, an out-of-court family law settlement benefits both parents and children. But sometimes, one or both parties need a push in the right direction. Typically, a highly-trained mediator can fill that role.

Typically, mediation takes place far from a courtroom setting. After each side gives a brief opening statement, the two sides retire to separate room. The mediator then spends the next few hours conveying settlement offers and counter-offers back and forth.

This process works. Mediation is at least partially successful about 90 percent of the time. In addition to an out-of-court settlement, mediation has some other specific benefits.

One thing is certain. Divorce is always more expensive than people think. There is more than just the financial aspect. Divorce takes an emotional toll on both parties, in most cases.

There is another certainty as well. Mediation reduces divorce costs. Out-of-court settlements shorten the case, and in this context, time is generally money. Additionally, it takes a lot less time to prepare for a mediation than a trial.

As mentioned, during mediation, the parties spend most of the time in separate rooms. Therefore, there is no big emotional showdown. Sometimes, parties need that showdown for emotional purposes. But in nearly all cases, these things are counterproductive, especially if children are involved. The parties must co-parent after the divorce, and if the scars from the divorce are too deep, such cooperation is difficult or impossible.

Mediation does more than deflate the emotion in a divorce and help the parties at least tolerate one another. Mediation is also an empowering experience. If the parties talked out their problems during mediation, they may be able to do the same again later. That ability cuts down on future court cases and large legal bills.

Continuing with this point, many adults have a hard time accepting authority. If that’s the case in your family, a family law order dictated by a judge who does not know the parties may be difficult to swallow.

Mediation gives parties more control over the outcome. They resolve the case themselves instead of telling their story to a judge and hoping for the best. That control often increases voluntary compliance, which also means fewer trips to the courthouse for enforcement proceedings.