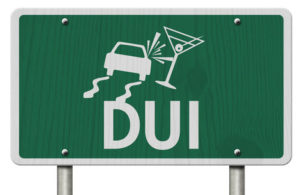 “Should I take a breath test?” is one of the questions that we hear all the time, and there are two very good responses. Some lawyers say it is a good idea to provide consent. They say that when people fall into holes, they must first stop digging, and especially because Florida has a refusal-to-submit law, a breath test refusal simply makes a bad situation worse. Other lawyers say that it is a good idea to refuse, because prosecutors need no help to obtain convictions.

As the phrase implies, defendants in complete refusal cases do not perform field sobriety tests and do not provide chemical samples. These kinds of cases are quite rare, partially because some people do not know they have a right to refuse to make any statements (which includes performing field sobriety tests and consenting to chemical tests) and other people erroneously  believe officers will release them if they do well on the tests.

In complete refusal cases, the prosecutor is almost totally reliant on evidence that usually is sufficient only for reasonable suspicion and maybe probable cause. Such evidence includes:

At best, such evidence normally only proves that the defendant had been drinking, which is well short of proving impairment beyond a reasonable doubt.

In about one out of every five cases, defendants perform FSTs (field sobriety tests) but do not provide chemical samples. So, prosecutors must rely on the three approved field sobriety tests to establish alcohol impairment. These tests are:

These tests are less reliable when conditions are less than fully controlled,and that is nearly always the case.

Nearly all these cases involve Intoxilyzer breath test devices, and like all other machines, the Intoxilyzer has some flaws. Diabetics, smokers, and other people have very high acetone levels in their blood, and the Intoxilyzer often falsely registers these particles as ethanol. Also, officers do not always watch defendants continually for the required fifteen minute observation period, and any burps and/or belches release alcohol into the mouth, skewing the test results.