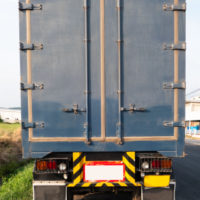 A pickup pulling a commercial trailer, box truck, and minivan all collided at the intersection of 77th Street and 58th Avenue.

There were no witnesses to the early morning crash and first responders are still investigating the collision. Two people were seriously injured and transported to local hospitals. Officers redirected traffic for several hours as the vehicle wreckage blocked almost all the lanes in the intersection.

No other details were available.

Liability from Square One in a Port St. Lucie Crash

Many times, the police accident report contains vital information which an attorney can use to build a winning case. But first responders use the available evidence to compile these reports, as opposed to the best evidence. For example, in a serious injury or fatal accident case, the police report may not contain the victim’s side of the story.

As a result, the process often begins at square one. But a Florida attorney must have substantial evidence, because the victim/plaintiff has the burden of proof. To begin collecting evidence, most attorneys start with:

Attorneys often team up with accident reconstructionists who gather all this data and create a picture of what probably happened. An attorney can then communicate this picture to a jury, so the jurors have an easier time establishing legal fault.

Evidence gathered in this way helps establish first party liability. In most cases, either speed, alcohol, distraction, or fatigue caused the crash. Vicarious liability is often an issue as well. If there was a responsible third party, it’s important to hold that individual or group accountable.

Commercial vehicles, such as box trucks, usually involve the respondeat superior (“let the master answer”) doctrine. Florida employers are liable for the negligent acts of their employees if:

Florida courts define all the important terms in broad, victim-friendly ways. For example, an independent contractor, owner-operator, or even an unpaid volunteer could be an “employee.” Most courts use the Department of Labor’s definition of employ, which is suffer or permit to work.

Vicarious owner liability often applies as well, under the negligent entrustment rule. Owners are liable for damages if they knowingly allow incompetent drivers to use their vehicles and these drivers cause car crashes. Unlicensed drivers are usually incompetent as a matter of law, no matter how much experience they have.

Hard work in the beginning of a case usually yields positive results at the end. For a free consultation with an experienced personal injury attorney in Port St. Lucie, contact Eighmie Law Firm, P.A. We have five offices in the Treasure Coast area.