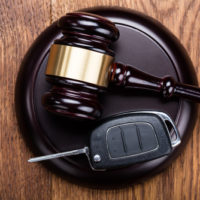 Insurance companies have a legal and ethical duty to quickly and favorably resolve most Port St. Lucie car crash claims. But these laws are quite flimsy, and an insurance company’s moral fiber is often even flimsier. So, many of these cases extend for months or even longer.

If the insurance company has a valid defense, the delay may be even longer. For the most part, these defenses shift blame for the accidents away from the tortfeasors (negligent drivers) and onto the victims. Knowing how to defeat such defenses can speed the resolution of a negligence case.

Multiple fault is an issue in many Florida car crash claims. Many times, both victim and tortfeasor arguably breached the duty of care. For example, the tortfeasor may have been speeding and the victim may have signaled too late before a lane change.

Typically, contributory negligence cases are a two-step process. First, the judge must determine if there is sufficient evidence of comparative fault. The tortfeasor usually has the burden of proof. So, the tortfeasor’s self-serving statement is typically not enough, especially if the victim provides effective rebuttal testimony.

Florida is a pure comparative fault state. The judge apportions damages strictly according to the percentage of fault. So, if the jury divides fault 50/50 and the victim’s damages were $100,000, the tortfeasor is liable for $50,000.

Many other states have laws that are not nearly as victim friendly. Neighboring Alabama, for example, is a pure contributory negligence state. If the victim is even 1 percent responsible for the wreck, the victim receives no damages at all.

This defense is very common in pedestrian-auto accident cases. The Florida insurance company frequently argues that the victim “darted out” into traffic and the collision was therefore unavoidable. Sudden emergency has two prongs:

Assumption of the Risk

In Port St. Lucie passenger injury cases, the assumption of the risk defense almost always comes up. That’s especially true in alcohol-related crash cases. The insurance company argues that the victim knowingly got into the car with a dangerous tortfeasor, and therefore the tortfeasor is not responsible for damages. Much like sudden emergency, assumption of the risk has two prongs:

Climbing into a car is generally a voluntary act. Sometimes, questions arise if the victim had no other way home or otherwise felt some compulsion. The second element is rarely present in these cases. An impaired driver is a theoretical risk and not a known one. The victim does not know that the tortfeasor is a dangerous driver unless s/he witnesses erratic driving first hand.

In a car crash case, the insurance company is definitely not “on your side.” For a free consultation with an experienced personal injury attorney in Port St. Lucie, contact Eighmie Law Firm, P.A. We have five office locations in the area.