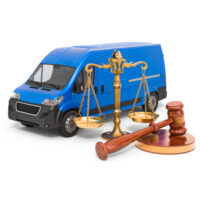 Amazon trucks have been involved in a growing number of accidents. However, Amazon doesn’t directly own or control the companies that provide delivery services for them. In some cases, these trucks are rented, have Amazon logos slapped on the side, and the driver works for a secondary company. These companies, known as DSPs, have filed a $15 million lawsuit against Amazon claiming that Amazon has more direct control over their employees than they do.

There are two reasons why Amazon would want to structure their business like this. Firstly, taking on more employees means they have to pay more benefits, overtime, and be subjected to other rules. Secondly, Amazon does not want to be liable for the accidents they cause.

When a lawsuit is filed against Amazon concerning one of their DSPs, their response is to claim that no allegation of negligence has been alleged against their company. Why? Because the driver is an employee of the DSP, not Amazon itself. Whether or not Amazon will continue to get away with this business structure depends on the outcome of numerous lawsuits.

The DSPs are not happy with the arrangement at all. Below, we’ll discuss why Amazon’s strategy is likely to backfire.

Amazon wants it both ways

Amazon wants to be able to employ drivers without employing the drivers. They don’t want liability claims stemming from traffic accidents and they don’t want to increase their payroll. On the other hand, Amazon uses an app that directly controls the day-to-day activities of the DSP workers. The app lets the drivers know if they are running late on deliveries. The term used by Amazon is “behind the rabbit”. If you are “behind the rabbit” it could cost you pay, hours, or your job entirely. Amazon drivers are thus under extreme pressure to make deliveries as quickly as possible. Amazon is the company that is placing this pressure on drivers. In cases where a driver causes an accident because they were “behind the rabbit” and afraid that they were going to lose money, the drivers may frantically blow through traffic, strike another vehicle, and cause injury.

Uber has a similar arrangement with its independent contractor drivers. However, Uber also has an insurance policy that will pay up to $1 million per claim. Amazon forces the DSPs to carry insurance policies while dictating exerting direct control over their employees. Now, Amazon is large enough to bend the law, but as Uber and Lyft learned, the law can be fickle when it comes to creating public health problems. In this case, the app is being blamed for numerous accidents.

The law is unlikely to allow Amazon to continue to use its delivery partners in this fashion. Further, so long as Amazon has direct control of the day-to-day activities of their drivers, the law affords injured victims the ability to file claims against the company. But, we will see how these lawsuits play out.

If you have been injured by a commercial delivery or livery driver, call the Port St. Lucie personal injury attorneys at Eighmie Law today. We can discuss your claim and begin preparing your case. Call today to learn more.