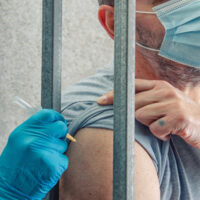 Prisons and jails are sued all the time by inmates. While inmates don’t necessarily make the greatest plaintiffs, they are afforded particular rights under the law. As an example, the state owes a duty of care to any individual they take on as a ward. This includes prisoners. They have a duty to provide room, food, and medical care to prisoners. It is largely when they fail in this duty of care that they can be sued.

The majority of prison and jail lawsuits you see filed are filed under a theory of delayed care and treatment to inmates who are struggling. While other lawsuits involve civil rights abuses, the majority will involve negligence allegations. The prison simply failed to respond to the needs of an inmate in distress in time and the inmate either dies or suffers a major complication as a result.

In this article, we’ll discuss lawsuits filed by inmates against jails and prisons.

Those deposited in jails aren’t always in the best shape physically or mentally. Delays in treatment can result in inmate deaths. When a suspect is introduced to jail, the jail is responsible for ensuring that the inmate gets medical attention if they need it. However, you’ll see many lawsuits filed against jails on the grounds that they did not respond to an inmate in distress. In fact, the majority of lawsuits that are filed against jails are filed on this allegation precisely.

It bears noting that jails and prisons work differently here. Jails generally transport inmates to the nearest hospital (thus meeting the bare minimum of care afforded to the inmate) while prisons provide their own medical care usually through the use of third-party companies.

While guard and prisoner-on-prisoner abuse does happen, you will almost never see a lawsuit filed on a theory that the guards intentionally injured someone or failed to intervene on behalf of a prisoner who was being beaten. While Whitey Bulger’s estate attempted to file such a lawsuit, it was tossed and the family lost. That’s largely because prisons can’t be held liable for negligence unless there is an established and outlined duty of care.

Eighmie Law Firm, P.A. represents the interests of those who have been injured due to negligence by another party. Call our Port St. Lucie personal injury lawyers today to schedule a free consultation and we can begin preparing your case today.