What Does the Constitution Say About Filing Lawsuits? 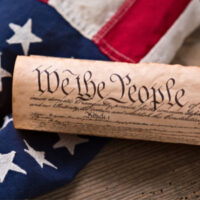 For many Americans, the idea of “suing” someone is offensive. Perhaps it is the belief that everyday people ought to be able to work out their differences without lawyers and courts. Perhaps it is the idea that it is morally wrong to take what belongs to someone else. However, these mistaken beliefs fail to appreciate the actual underpinnings of the American civil justice system. Civil lawsuits are not a new concept, and they are certainly not foreign to our nation’s early founding.

In fact, many people are shocked to learn that the right to sue in civil court is actually one of our basic liberties found in the Bill of Rights. At Eighmie Law Firm, P.A., our team of experienced trial lawyers focus on helping people right the wrongs that they have suffered by holding careless and negligent companies and individuals accountable for their conduct. So, what exactly does the U.S. Constitution say about the right to a civil lawsuit?

Under the Seventh Amendment to the U.S. Constitution, Americans were granted the right under the common law to sue anytime there was a controversy worth more than twenty dollars. Of course, with time, Congress and the various states have limited and amended this amount. Nevertheless, the Seventh Amendment clearly states that in all cases in controversy,

“…The right of trial by jury shall be preserved, and no fact tried by a jury shall be otherwise re-examined in any Court of the United States, than according to the rules of the common law.”

Like it or not, our founding fathers understood the benefits of a robust civil justice system for resolving differences peacefully, and American trial lawyers continue to serve this function through aggressive and ethical litigation.

One of the fundamental benefits of our civil justice system and the existence of a right to jury trial is to create peaceful resolutions. If one imagines a world without such a right, it becomes immediately apparent that family feuds, quarrels, and fighting can occur. One person feels aggrieved, he or she takes action to attack or take the matter into their own hands. In retaliation, others react. The chain reaction can lead to feuding and fighting throughout a community and the nation at large. Instead, the Constitution allows people to take their differences before a jury of their peers to decide the outcome. The outcome is final and provides certainty and a neutral source of justice, absent bias and hate. For these reasons, scholars and attorneys alike strongly support the fundamental right to access the courts for civil justice.

Getting Help After an Injury in South Florida

After a car accident or other type of physical injury, many people become very concerned about the financial aspect of the injury. How much will medical bills cost? Will I be able to work? How will I support my family? Will my insurance cover this? But at Eighmie Law Firm, P.A., we understand that these fears are often unnecessary. There are straightforward laws that can protect you and your family from financial ruin, even after a catastrophic injury. Our Stuart personal injury attorneys have the experience and training needed to obtain substantial financial compensation for your injuries. Call or find us online today to learn more about the firm and how we might be able to assist you in your fight for justice and compensation.