What is Criminal Mischief in Florida? 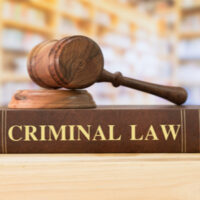 Most people are familiar with terms such as ‘vandalism’ but many do not understand what ‘criminal mischief’ means. Essentially, criminal mischief is a property crime that involves the destruction of another person’s property. Just as the term vandalism is familiar to many, most people think it is a relatively minor offense. Unfortunately, the law takes criminal mischief very seriously and when individuals do not have a valid defense, they face very harsh penalties. A Florida criminal lawyer will know what the defenses are, and how to use them in your case.

The Florida Statutes define criminal mischief as intentionally damaging the property of someone else, such as spraying graffiti onto a wall. Criminal mischief is classified as either a misdemeanor or a felony, depending on the facts of the case. The following factors determine which classification the offense will fall under:

The more serious the classification of the offense, the harsher penalties a person will face if they are convicted.

Regardless of the classification of the offense, a person convicted of criminal mischief may face jail time. A maximum 60 days in jail as well as a fine is the penalty for a misdemeanor. Anyone convicted of a misdemeanor in the first degree may face a maximum of one year in jail or a maximum $1,000 fine, or both. A conviction for a felony criminal mischief in the third degree can result in a maximum of five years in prison or a maximum $5,000 fine, or both.

Although there are a number of defenses to criminal mischief charges, one is more common than others. To secure a conviction for criminal mischief, the prosecution must show that the accused damaged the property intentionally. If the property damage was an accident, or not the direct result of the defendant’s actions, it can serve as a valid defense.

If you are facing charges of criminal mischief, it is essential that you speak to one of our Port St. Lucie criminal lawyers at Eighmie Law Firm, P.A. today. We know how to use the available defenses in these cases and give you the best chance of a positive outcome. Call us today at (772) 905-8692 or contact us online to schedule a consultation so we can review your case.