What You Need To Know About DUI Roadblocks In Florida 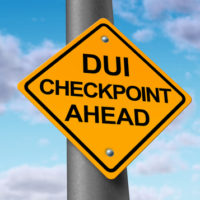 New Year’s Eve is associated with drinking and driving in the minds of many people. So, during this period and other similar holidays, like Memorial Day Weekend and Labor Day Weekend, Florida law enforcement agencies often roll out DUI checkpoints, hoping to catch drunk drivers in a police dragnet. Mostly because these roadblocks are so costly, they only appear during certain times of the year.

Elements of DUI Roadblocks in Florida

Checkpoints are especially common in places like Port St. Lucie, where law enforcement counts on high visibility to deter criminal activity. This tactic is also very popular because, as mentioned, it allows peace officers to legally bend the rules when it comes to stopping vehicles. In exchange for this ability, the United States Supreme Court set down some very specific rules for DUI roadblocks in Michigan State Police v. Sitz. Some of these rules include:

Any failure to follow any of these rules could result in the roadblock’s invalidation.

Your Rights at A Florida DUI Checkpoint

Procedurally, officers may inspect certain documents at a checkpoint, usually drivers’ license and proof of insurance. If the motorist shows any signs of impairment, such as bloodshot eyes, the officers may redirect the motorist to an inspection area, where authorities administer field sobriety tests and ask the defendant to submit to a chemical BAC test.

Motorists must stop at the roadblock, if directed to do so, and they must produce the requested documents. However, motorists are not required to answer any questions or even roll down their windows. If asked to do so, the best approach is to politely but firmly refuse to do so.

Motorists also have the right to turn around and avoid the roadblock. In fact, officers are legally required to post signs far enough in advance to give motorists this opportunity. However, if you do turn around, a squad car will probably follow you for at least several blocks, and you will probably be pulled over if you commit a traffic violation or other criminal infraction.