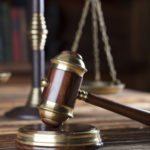 Even minor criminal records can cause significant problems later. This is especially true if the crime is one of moral turpitude, a nebulous category of crimes that involve any lewd conduct, intent to inflict great bodily harm, or theft. So, even low-level misdemeanors, like theft by check and public urination, are crimes of moral turpitude, according to many people.

These crimes, or almost any criminal background for that matter, can present significant hurdles in terms of finding a job or residence, and may even create immigration problems.

Fortunately for those people with criminal pasts, Florida has some of the more liberal expungement and sealing laws in the country.

People make mistakes, and it is rare, although not unheard of, for the wrong name to appear on an arrest warrant, a clerk to make a clerical error on a date of birth, and so on. In these situations, it’s normally sufficient to point out the mistake and have the records erased. This procedure only applies to objective mistakes, such as typographical errors.

Sealing juvenile records when the defendant turns 18 is a similar process, in that the claimant need not establish any merit. These matters are time sensitive, so it’s important to contact a lawyer straightaway if you think you or a loved one may be eligible.

This relief is usually not automatic. Clerical mistakes do not go away by themselves, and juvenile records may not be sealed as a matter of routine.

If your criminal case was completely dismissed due to a lack of evidence or affirmative unwillingness to prosecute, or you were found not guilty at trial, you may be eligible for expungement. Dismissals pursuant to plea bargains, based on victim restitution, or because the prosecutor is overworked, probably do not count.

In 2014, Florida lawmakers reworked the system, including among other things, the Certificate of Eligibility for Expungement. The Certificate eliminates much of the guesswork, because if the Florida Department of Law Enforcement issues one, it is almost impossible for the judge to deny the application or for the prosecutor to object.

Some offenses are not expungeable as a matter of law. Many serious felonies and sexual offenses are on this list. Furthermore, in most cases, expungement is a one-time-only remedy.

If the judge did not enter a finding of guilt, the records can probably be sealed. In Florida and most other states, a person can plead guilty to a crime, be placed on probation, and still not technically be “found” guilty, because the judge defers such a finding and dismisses the case once the period of probation ends.

The difference between expungement and sealing is that the former procedure wipes out all police, prosecutor, and judicial records, while the latter prevents most members of the public from viewing such records.

Many of the same limitations apply in sealing matters, viz, the applicant cannot have any prior sealings, any prior convictions, and the current procedure cannot involve a prohibited offense.

Expungement or sealing may give you a second chance. For a free consultation with an experienced criminal defense attorney in Port St. Lucie, contact Eighmie Law Firm, P.A. Home and jail visits are available.