What You Need To Know About PAS 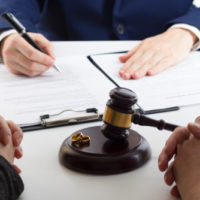 Parental Alienation Syndrome is one of the most common obstacles to effective co-parenting in divorced Florida families. The alienating spouse either consciously or subconsciously drives an emotional or psychological wedge between the targeted parent and the children. PAS was once called “maternal brainwashing,” a label that’s both inaccurate and inflammatory. This moniker probably helped create much of the controversy that swirls around PAS even today.

Parental Alienation Syndrome is incredibly damaging for both parents and children, and this damage is often permanent. So, it’s very important that Florida parents recognize the signs and know what to do.

What Are the PAS Warning Signs in Port St. Lucie?

Most divorce temporary orders address the most extreme forms of PAS. Disparaging the other party in the presence of the children is an absolute no-no. But some of the more subtle forms are harder to address. Here are a few examples:

Typically, to be the basis of a successful motion to modify, there must be a pattern of PAS-related conduct. The movant’s position is even stronger if the targeted parent asked the alienating parent to stop such behavior and no change occurred.

What to Do About PAS in Port St. Lucie

Technically, a motion to modify must cite changed circumstances, such as a relocation, onset or removal of disability, family status change (like a remarriage), or new work hours. Evidence of PAS makes the motion more compelling.

However, if it did not begin until after the current order took effect, PAS itself could be the basis of a motion to modify. Most likely, a Port St. Lucie movant would have to establish that the Parental Alienation Syndrome is so bad that it substantially disrupts the parenting agreement.

Typically, Florida judges automatically order social studies in contested modification cases. That’s good news for targeted parents. Family court social workers are familiar with the signs of PAS and well aware of its dangers. The same thing applies to the mediators and judges who hear the facts in these disputes.

Several good things can occur in these situations. If the alienating parent’s conduct was truly unintentional, s/he may become aware of it and voluntarily stop it. In other cases, the judge may not change the custody or visitation terms but may “lay down the law” and clearly instruct the alienating parent to be a better co-parent. Finally, if the facts warrant such a change, parenting time adjustments could occur.

Very often, an assertive and knowledgeable attorney has a direct impact on the outcome in these cases.