What You Need To Know About Premarital Agreements In Florida 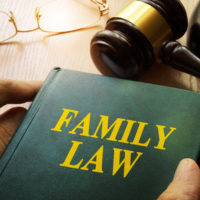 Financial matters like the ones mentioned above dominate most Florida prenuptial agreements. Under the Uniform Premarital and Marital Agreements Act, these contracts can cover a wide range of financial topics, including:

Premarital agreements can cover non-financial matters as well. In subsequent marriages, inheritance and succession matters often cause many disputes. These agreements can eliminate these disagreements by drawing clear lines.

There is a strong presumption in family law in favor of agreements between the spouses. That presumption applies to Florida prenuptial agreements. Under the UMPAA, these agreements are invalid only if one of the following applies:

Most Florida prenuptial agreements have severability clauses. If one part is declared invalid, the rest remains in effect.

To understand how all this works, consider the example of the former Los Angeles Dodgers owners Frank and Jamie McCourt. In 2011, the Dodgers were in bankruptcy court and the McCourts were in divorce court. Since the team was essentially worthless, Jamie gave Frank her half of the club in exchange for about $200 million.

California and Florida are both UPMAA states. SO, the outcome would have been about the same in either jurisdiction.

A premarital agreement is basically marriage security. For a free consultation with an experienced family law attorney in Port St. Lucie, contact Eighmie Law Firm, P.A. We routinely handle cases all throughout the Treasure Coast.