Which Parent Claims the Children as Dependents After a Divorce? 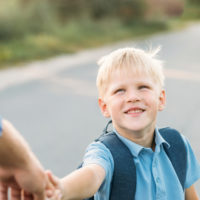 It is tax season once again and while you gather your receipts and other important financial documents, you will likely also start to think about the deductions you can make. After all, the more deductions you have, the less you may have to pay in taxes. Parents in the United States are able to claim their children as dependents, and this is true for Floridians, too. This is a simple concept when two parents are married, live with their children, and file joint tax returns. However, after two people get a divorce, the situation becomes much more complicated.

The Law on Who Can Claim Children as Dependents

Taking the Matter to Court

When there is no child custody order in place, such as when the divorce is not finalized yet but each parent lived with the child for at least half of the year, a judge cannot rely on a custody order to make their decision. As such, a judge will consider which parent provided the most financial support to the child and will allow them to claim the children as dependents.

In the most challenging circumstances, two parents may share custody equally and provide equal financial support to their children. In these instances, a judge will generally have discretion when making the decision about which parent can claim the children as dependents. Like in child custody matters, a judge will consider what is in the best interests of the child, as well as the IRS Publication 504 guidelines.

There are many tax issues that will arise when you get a divorce, and which parent can claim the children as dependents is one of them. At Eighmie Law Firm, P.A., our Port St. Lucie divorce lawyers can advise on how your divorce will affect your taxes, and on all other aspects of your case, as well. Call us today at 772-905-8692 or fill out our online form to schedule a consultation with one of our seasoned attorneys.