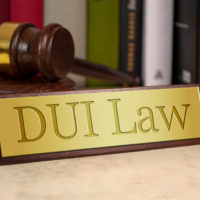 On holidays like Labor Day Weekend, Treasure Coast motorists often encounter DUI roadblocks. Since these checkpoints allow police officers to circumvent the Fourth Amendment, they are very popular in law enforcement circles. But since they are very expensive to operate, they appear only at selected times.

Sobriety checkpoints had been around in one form or another for decades when the Supreme Court decided Michigan Dept. of State Police v. Sitz in 1990. This case formally legalized sobriety checkpoints in the United States. Sitz also set forth some operational requirements, as outlined below.

Law enforcement must strictly comply with all checkpoint rules. If they fail evaluation in any way, a Port St. Lucie DUI attorney may be able to get the arrest thrown out of court.

Before we get to checkpoint requirements, a brief word about your rights at a checkpoint. DUI roadblocks allow officers to ignore the Fourth Amendment’s prohibition of random searches. But officers must still honor the Fifth Amendment’s right to remain silent. So, although motorists must present certain documents for inspection, they need not talk to officers or even roll down their windows.

Only high level supervisors may decide to set up a checkpoint. Desk sergeants and patrol corporals are definitely not supervisors. Police lieutenants and captains may not be high enough either. The chief of police, since s/he is more or less directly accountable to the people, is definitely high enough.

So-called “random checkpoints” are random because officers may set them up anywhere the guidelines allow. They are not “random” because officers can stop any vehicle they want. Instead, officers must detain motorists according to a set formula, such as stopping every third or fourth car. Officers cannot deviate from the set formula, even if a driver does not “look right.”

A freeway checkpoint would probably produce more DUI arrests than a roadblock on a side street. But freeway checkpoints are not safe. Motorist safety, and not the number of arrests, must be the overarching factor. After all, keeping drivers safe, and not padding arrest statistics, is ostensibly the reason officers set up these checkpoints in the first place.

A relatively safe location is not enough. Officers must take active safety measures as well. These precautions include lots of lights, and not the flashing squadcar lights which may disorient people. Additionally, traffic cones or other devices must be set up to control the flow of traffic.

Checkpoint signs must clearly state the official nature of the roadblock. Police officers cannot post vague signs which look like construction zone signs to trap motorists at the checkpoint. Additionally, the signs should also give instructions, like “Be Prepared to Stop” and “Have Drivers’ License and Proof of Insurance Ready”.

A twenty or thirty second detention is reasonable. The clock begins ticking when traffic backs up, and not when drivers arrive at the checkpoint itself. An unreasonably long detention is one of the most common DUI checkpoint flaws.

The law enforcement agency must announce checkpoint hours and location in advance, to give motorists the chance to avoid the area. This checkpoint flaw is not as significant as it once was, since many smartphone apps notify drivers about speed traps, DUI checkpoints, and other police activities.