The Three Types of DUI Prosecutions in St. Lucie County 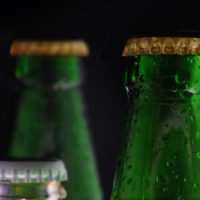 In key categories like the number of repeat DUI offenders, the percentage of high BAC offenders, and the number of alcohol-related crash fatalities per capita, Florida statistics are significantly above the national averages. So, prosecutors in the Sunshine STate are very aggressive when it comes to DUI prosecutions.

When these cases go to court, they fall into three basic categories. Many people think that they are automatically guilty of DUI if they failed a chemical test and that they are always not guilty if they refuse to take a test, or if they pass a test. Neither of these things are true. An aggressive prosecutor can almost always obtain a conviction, and an aggressive criminal defense attorney can almost always beat the case in court.

If the defendant does not perform field sobriety tests and does not provide a chemical sample, the prosecutor’s conviction rate is less than 40 percent, in most jurisdictions.

It is a strong testament to prosecutorial ability that the conviction rate in these instances is as high as it is. Without field sobriety tests or a chemical test, St. Lucie County prosecutors must use extremely thin circumstantial evidence, such as:

At best, this evidence only establishes alcohol consumption. It may not even go that far. For example, a number of things could cause erratic driving, and alcohol consumption is not even the most common cause. Scientifically, most people must consume at least three or four drinks before they are legally intoxicated.

There may be additional evidence. Many drivers admit that they were drinking heavily. They say things like “I only had a few beers.” Additionally, there is a collective effect here. Each piece of circumstantial evidence is like another brick in the wall. Even if the bricks are flimsy, they do make something of a wall.

In about a fifth of cases, the defendant either refuses to provide a breath or blood sample or the defendant submits a sample that’s under the legal limit. In either situation, prosecutors can normally rely on stronger circumstantial evidence from the three approved field sobriety tests. The FST battery includes:

The conviction rate in FST circumstantial evidence cases is about 60 percent in most jurisdictions.

These cases are hard to beat. The conviction rate is close to 90 percent.

However, there are scientific issues with the Breathalyzer. For example, if the defendant burped in the fifteen minutes prior to the test, alcohol particles flood the mouth. SO, the BAC estimate may be artificially high.

DUI blood test results often involve procedural defenses. There may be an issue with the search warrant or a gap in the evidentiary chain of custody.

Team Up with an Aggressive Lawyer

All forms of DUI prosecutions are defensible. For a free consultation with an experienced Port St. Lucie DUI attorney, contact Eighmie Law Firm, P.A. We routinely handle matters throughout the Treasure Coast area.