Breaking Down a Tour Bus Crash 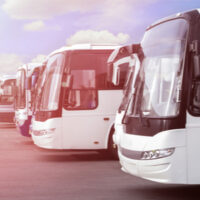 The number of fatal charter bus crashes has increased over 40 percent since 2009. From both a factual and legal perspective, these claims are quite complex.

Due to these complexities, only a highly experienced Port St. Lucie personal injury attorney should handle these claims. An inexperienced lawyer may not be able to obtain maximum compensation. Generally, this compensation includes money for economic losses, such as medical bills, and noneconomic losses, such as pain and suffering. Additional punitive damages might be available as well, in some extreme cases.

A claim for damages begins with the tortfeasor’s (negligent driver’s) legal duty. Generally, drivers have a duty of reasonable care. They must drive defensively and obey the rules of the road.

But tour bus operators are common carriers in Florida. Since these individuals transport passengers for a few, they are virtually insurers of safe passage from pickup to dropoff.

Part of this duty involves behavior behind the wheel. Responsibility at traffic control signals is a good example. Most noncommercial ways can proceed through intersections if they have green lights and not stop to look. But that’s arguably not true with regard to common carriers. These individuals cannot assume that other drivers will stop for a red light or a stop sign.

Common carriers also have other duties in terms of on-board passenger safety. That duty includes cleaning up wet spots on the floor, breaking up verbal fights between passengers before they turn physical, and not allowing passengers to bring dangerous weapons onto the bus.

Largely because of this elevated duty, drowsy driving and distracted driving are two of the most common causes of tour bus crashes.

Many charter bus drivers are behind the wheel late at night and early in the morning. Most people are naturally drowsy at these times, no matter how much rest they had the night before. That’s especially true if they recently changed work schedules.

Biologically, drowsy driving is a lot like drunk driving. Driving after eighteen consecutive awake hours is like driving with a .05 BAC level.

Furthermore, as discussed above, many tour bus drivers have responsibilities far in excess of driving the vehicle. They are also expected to serve as safety monitors and tour guides. That’s a dangerously high amount of multitasking.

The company which owned the bus is usually responsible for damages in these incidents. The respondeat superior rule applies if:

Third party liability theories like respondeat superior are especially important in catastrophic injury claims. Many times, individual tortfeasors do not have enough insurance coverage to provide fair compensation in these situations.

Team Up with a Savvy Lawyer