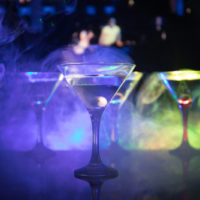 Car crashes kill or seriously injure millions of people every year, and only a few of these incidents are “accidents.” Instead, avoidable driver error causes over 90 percent of these wrecks.

Substantial compensation may be available in these situations. That’s especially true if the driver error involved one of the five types of driving impairment, as identified by the National Institutes of Health.

A Port St. Lucie personal injury attorney has several legal options in these cases, largely depending on the facts of the case.

Beginning in the 1990s, authorities hoped that tougher laws and stronger law enforcement tools would eliminate drunk driving. But all these years later, alcohol still causes about a third of the fatal car crashes in Florida.

In civil court, if the tortfeasor (negligent driver) was arrested for DUI, the tortfeasor may be liable for damages as a matter of law. If the tortfeasor was not legally intoxicated, victim/plaintiffs may use circumstantial evidence, like bloodshot eyes and unsteady balance, to establish impairment.

Florida also has a limited dram shop law. In some cases, restaurants and other commercial providers may be vicariously liable for damages.

Alcohol and drowsiness have the same effect on the brain. Driving with a .05 BAC is like driving after eighteen consecutive awake hours.

In truck crash claims, the vehicle’s Electronic Logging Device tracks the driver’s hours of operation. In other drowsy driving claims, circumstantial evidence, such as the time of day or night, can help establish drowsiness.

The burden of proof in civil court is only a preponderance of the evidence (more likely than not), which is the lowest standard of proof in Florida.

There are more “drugged” drivers than “drunk” drivers in many jurisdictions. Many times, the impairing drug is legal, like prescription painkillers or certain over-the-counter sleep aids and other drugs.

Since there is no Breathalyzer test for drugs, victim/plaintiffs normally must use circumstantial evidence, like physical symptoms and current prescriptions, to establish liability for damages. Blood tests are accurate, but they are rarely administered at the time of the crash.

Inattentive driving includes any behavior which causes drivers to take a hand off the wheel, take their minds off driving, and/or take their eyes off the road. Hand-held cell phones combine all three kinds of distraction. Hands-free cell phones are distracting as well. The same thing goes for eating while driving or talking to passengers while driving.

Florida has a limited cell phone ban which prohibits texting while driving. “Texting” includes emailing, posting, and sending or reviewing any other text-based communication. In other situations, such as a hands-free device, victim/plaintiffs must establish ordinary negligence, which is a lack of reasonable care, by a preponderance of the proof.

Many Floridians struggle with heart disease, diabetes, epilepsy, and other chronic health conditions which might cause a sudden loss of consciousness.

The state suspends drivers’ licenses in many of these situations. If that’s the case, the tortfeasor may be liable for damages as a matter of law. In other instances, victim/plaintiffs must use circumstantial evidence, like medical records, to establish negligence.

Reach Out to a Savvy Lawyer

Negligent Florida drivers often cause serious injuries. For a free consultation with an experienced personal injury attorney in Port St. Lucie, contact Eighmie Law Firm, P.A. You have a limited amount of time to act.