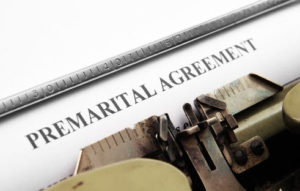 Most experts, and most married couples, agree that financial stress is a significant source of marital stress. Rather surprisingly, however, these disagreements most often occur among rather well-heeled couples. Typically, there is a personality conflict between spending and saving, one partner uses money in a power play, or there are disagreements as to money and children. If at least one spouse is on his or her second marriage, as is often the case, these issues tend to be magnified.

A marital agreement can address all these issues and allow couples to make financial decisions in a non-emotional environment. Marital agreements can be made at any time, and as a matter of fact, it is a good idea to update an existing property agreement at least as frequently as you update your will. So, these agreements help put a marriage on more stable footing where there is less potential for conflict.

It was not all that long ago that many Florida courts routinely held that marital property agreements were against public policy and therefore null and void, especially if these agreements had any provisions concerning spousal support. But in 2007, Florida joined most other states by adopting the Uniform Premarital Agreement Act. Under the UPAA, spouses and future spouses may agree on a wide range of property and non-property matters, including:

A marital agreement may not include any provisions concerning the limitation of child support, as such items are against public policy.

In family law, and in civil law generally, there is a strong preference for enforcing voluntary agreements between the parties that are not blatantly one-sided or patently illegal. So, to enforce a marital agreement, the document must pass muster under this analysis.

o   It was unconscionable at the time it was made,

o   The other party withheld relevant information, and

o   The challenging party could not have discovered this information on his or her own.

Most spousal agreements contain severability clauses, so if a court finds that one portion is invalid, the rest of the document is still valid.

A marital agreement is a good way to strengthen a marriage. For a free consultation with an experienced family law attorney in Port St. Lucie, contact Eighmie Law Firm, P.A. Convenient payment plans are available.