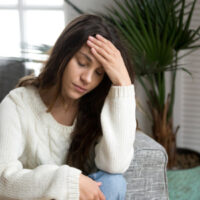 The Alleged Victim is Lying

Movements such as Me Too and Time’s Up are very important, and have helped countless women come forward with their stories of abuse. Prior to these movements, the prosecution already typically tended to believe anyone that accused another person of domestic violence but now, that is truer than ever.

While many women truthfully accuse someone of domestic violence, the sad truth is that many also falsely accuse another person. Perhaps they have had a fight with their significant other, or they simply want to get revenge on someone and so, they falsely accuse them of committing a crime.

A criminal defense attorney will collect certain types of evidence to prove that someone is not being truthful about their allegations. They may speak to medical experts that can identify the injuries of the alleged victim and explain how those do not support the story being told. Or, they may speak to someone that can verify that the accused person was at another place at the time of the alleged crime.

Of course, innocence is always the best defense in any criminal case, including those involving an accusation of domestic violence. If you are innocent, a criminal defense attorney will collect emails, phone recordings, videos, and text messages that can help prove that you did not commit the crime. Having an alibi, or proving that you were somewhere else at the time of the alleged crime, is also very valuable when proving your innocence.

The Florida courts accept self-defense as a defense to many different crimes, including domestic violence. If your accuser threatened or attacked you, the law states that you have the right to use force to defend yourself. A criminal defense lawyer will obtain a copy of the police report to see if the alleged victim admitted to being violent. An attorney will also ask a medical expert to examine the injuries of both parties in order to link it to self-defense. Lastly, a lawyer will also always be on the lookout for inconsistencies within the alleged victim’s story to prove you were acting in self-defense.

If you have been charged with domestic violence, it is important to know that you are not alone. At Eighmie Law Firm, P.A., our Port St. Lucie criminal lawyers know the defenses available in these cases and we will use them to give you the best chance of success. Call us today at (772) 905-8692 to schedule a consultation with one of our knowledgeable attorneys so we can review your case.