Do Not Believe These Three Common Divorce Myths 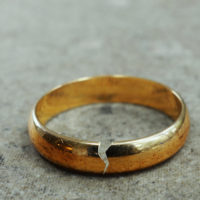 One of the scariest parts of the divorce process is the unknown, and many people seek advice from family and friends that have been through the process before. If you have been thinking about getting a divorce, you may have already talked to people you know to get some answers. This leads to many people believing some common myths surrounding divorce, and doing so could hurt your case. Three of the most common myths surrounding divorce, and the truth behind them, are outlined below.

Behind this one myth, there are actually many. The first is that the Florida Statutes no longer use the words ‘custody’ and ‘visitation’ because it is presumed that no parent should visit their child. Instead, both parents should have an equal role in seeing and raising their child and so, the term ‘timesharing’ is used. Additionally, while a judge will take many factors into consideration when making decisions about timesharing, it is illegal for them to consider gender. Judges can only consider what is in the child’s best interests.

It is important to note that Florida judges do have the authority to award one parent sole responsibility of a child. Still, judges can only do this when there is a compelling circumstance, such as when one parent is a danger to the child.

A Child’s Preference is Considered when Determining Timesharing

This myth is not completely untrue, but a child’s preference is never the heaviest factor weighed when judges are making decisions on timesharing. If a child is of a certain age and maturity, a judge may consider which parent they would rather live with the majority of the time. A judge may also consider other relevant factors, such as if a child wants to remain in one home because it will allow them to go to the same school, when making timesharing decisions.

Still, just as there are circumstances in which a judge may consider your child’s preference, there are times when they will not, too. For example, if a child wants to live with their father just because there are not as many rules in that home, a judge will likely not give much weight to that preference.

Wrongdoing Will Hurt You in a Divorce

Perhaps one of the most common myths is that if you were responsible for your marriage ending, such as if you had an affair, you will lose everything. This is not true. Florida is a no-fault divorce state, which means judges cannot consider fault when granting a divorce. However, if you or your spouse spent marital funds on the wrongdoing, that fact may play a role in property division or alimony hearings.

Our Florida Divorce Lawyers Can Answer Your Questions

When going through a divorce, you will have a lot of questions. At Eighmie Law Firm, P.A., our Port St. Lucie divorce lawyers can answer all of them, explain the law as it applies to your case, and break down the many myths you may have heard. Call us today at 772-905-8692 or fill out our online form to schedule a consultation with one of our skilled attorneys.