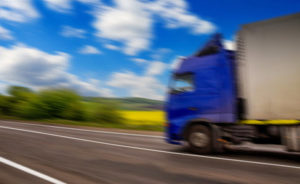 One large truck rear-ended another one, seriously injuring one person.

At least one rig caught fire after the wreck, which occurred about two miles south of Okeechobee Road. According to the Florida Highway Patrol, a rig hauling lumber slammed into the back of a rig carrying photocopiers. The Turnpike was shut down for several hours as first responders rushed one victim to a local hospital and worked to clear the wreckage.

Authorities are investigating the crash but do not expect to file charges.

Truck drivers, taxi drivers, Uber drivers, and other commercial operators are common carriers under Florida law. While most drivers have a duty of reasonable care, common carriers have higher duties to their passengers and cargo. So, the plaintiffs do not need to present as much evidence in these cases to obtain compensation for damages.

The Department of Transportation recently moved forward with a rule that would require more advanced event data recorders in commercial trucks. These devices are excellent sources of evidence when the cause of a truck crash is either unknown or disputed. Essentially, EDRs are like on-board engineer eyewitnesses who are basically never wrong and whose testimony cannot be challenged, at least in most cases. These devices are like the “black box” flight recorders in commercial airplanes, so they capture and record data like:

Whenever commercial vehicles, such as long-haul trucks, local delivery trucks, tour busses and ridesharing cars, cause crashes, respondeat superior (“let the master answer”) normally applies. Third party liability theories like this one are often important in large truck crashes, because since the injuries are so catastrophic, individual drivers sometimes do not have enough insurance to cover all the victims’ losses.

For respondeat superior to apply, the tortfeasor (negligent driver) must be an employee working within the course and scope of employment. Most courts define both these elements in very broad terms. First, tortfeasors do not need to be W-2 workers to be “employees” for negligence purposes, because most courts use the much broader Department of Labor definition in these cases. According to this standard, independent contractors, unpaid interns, and even unpaid volunteers are “employees” in terms of third party liability. Second, tortfeasors do not necessarily have to be a delivery drivers on their normal routes. Instead, employees act within the course and scope of employment if they provide any service of benefit to their employers, no matter how slight the benefit was.