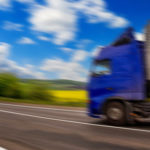 One large truck rear-ended another one, seriously injuring one person. At least one rig caught fire after the wreck, which occurred about two miles south of Okeechobee Road. According to the Florida Highway Patrol, a rig hauling lumber slammed into the back of a rig carrying photocopiers. The Turnpike was shut down for several… Read More »

Watch Out For That Truck

A gruesome pedestrian-vehicle crash that involved a large truck killed an Ormond Beach woman. The wreck took place close to the Indrio Road exit on the southbound side of Interstate 95. Florida Highway Patrol officer state that 19-year-old Maria Ramirez struck a light pole and exited her vehicle to investigate the damage. While she… Read More »